Posted on October 3, 2017 by Anthony Brenner 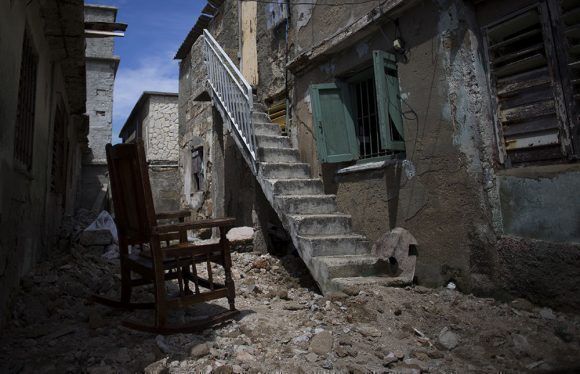 HAVANA, Cuba, Sep 29 (acn) The Credit and Commerce Bank granted the first 54 loans for the purchase of construction materials to victims of Hurricane Irma, which left considerable on Cuba´s north coast.

Ludis Garcia, director of Personal Banking for that financial institution, told ACN that the beneficiaries live in the provinces of Sancti Spiritus, Camaguey, Las Tunas and Holguin, and added that 80 other applications are currently being evaluated.

In addition to this body, specialists from the Popular Saving and the Metropolitan Banks, operating only in Havana, have also been integrated into the offices fitted in neighborhoods damaged by the hurricane to expedite the delivery of material resources to affected families.
By arrangement of the Central Bank of Cuba, those affected by Irma may ask for loans starting at 300 Cuban pesos (CUP), and the limit will depend on the applicant’s ability to pay, with an interest rate of 2.5 percent and a term of return of up to 15 years.
The facilities include that those who already have debts with the financial institution have the possibility to request restructuring of those previous commitments.

The people will get answers in top time of 24 hours on average, and in case of the loan not to proceed, they will be able to resort to subsidies.

The Cuban Government has determined that the State Budget to finance 50 percent of the price of building materials that will be sold to those affected with the total or partial destruction of their houses and it will assume interest payment to the bank when the collapses of houses and roofs are total.