Cuba will celebrate in their squares the triumph of the Revolution 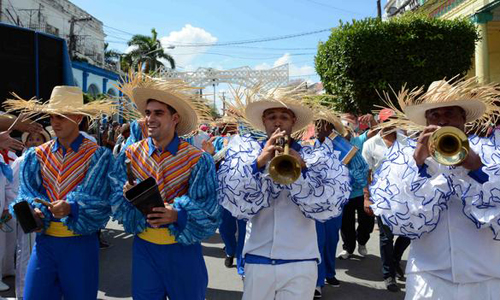 Havana, Dec 26.- Cuba will celebrate the 59 anniversary of the victory of the Revolution with concerts and recreational programming in several of the country’s main squares.

In the forefront of the celebration, the popular musician Juan Guillermo offered last night a concert, along with his orchestra, in the amphitheater Mariana Grajales, in Santiago de Cuba.

During these days will be days in Villa Clara La Colmenita children’s company, in the most affected regions by the hurricane Irma as La Panchita, Emilio Cordova, Isabela de Sagua and in the popular council Condado del Sur of Santa Clara.

The festivities include the traditional parrandas (traditional parties) in Caibarién on December 30, and programs of concerts of young creators of the Hermanos Saíz Association (AHS).

In the capital shall be concerts in eight towns, and on January 1st there will be presentations of leading orchestras of popular music in the main public settings of the city.

The house of the Alba Cultural will have among its guests to the songwriter Polito Ibáñez (December 26), while the followers of the seventh art will have a new space, to be inaugurated in the Cine Chaplin the Room in 3D, with exhibits and programs from December 30 until  January 2, 2018.

In addition, there will be sporting options designed especially for children and young people, and the Brigade Provincial Recreation will tour the neighborhoods from December 25 to 30. (With information on www.granma.cu) (Photo: File)