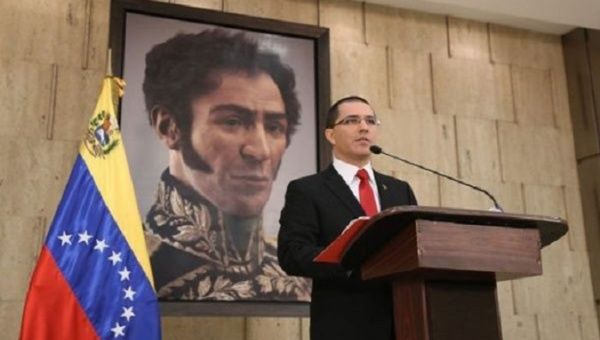 Venezuelan Foreign Minister Jorge Arreaza has begun his tour of Latin America and the Caribbean with the aim of strengthening regional integration. | Photo: Twitter / CancilleriaVE

“With the arrival of Donald Trump, imperialism has escalated to a higher level,” Foreign Minister Jorge Arreaza said as he embarked on his tour.

Feb 1 (teleSUR) Venezuelan Foreign Minister Jorge Arreaza has arrived in Cuba to begin a tour of Latin America and the Caribbean with the aim of strengthening regional integration.

“On the instructions of President Nicolas Maduro, we embark on a tour of sister countries in our Latin America and the Caribbean, strengthening solidarity and sovereignty,” the diplomat announced on his Twitter account.

Arreaza was received by Cuban authorities as well as Venezuelan Ambassador to Cuba Ali Rodriguez Araque. The diplomat is set to meet with his Cuban counterpart, Bruno Rodriguez, and other officials in the country. 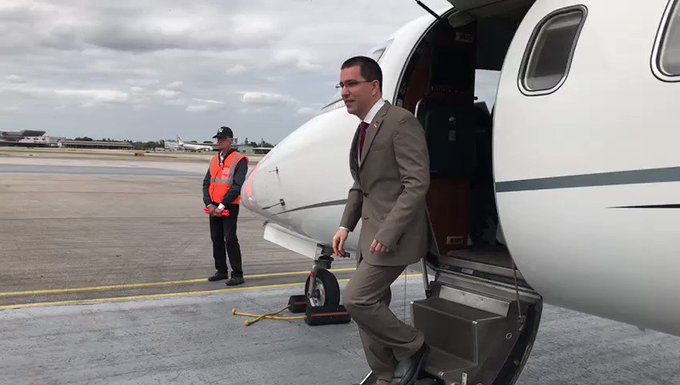 “#NOW | The Chancellor of the Bolivarian Republic of Venezuela @jaarreaza arrives to the Republic of Cuba, to begin his tour through countries of Our America.

#Advance of Progress for the Agreement”

“(Cuba and Venezuela) are under the eye of the empire in this new stage in which we can say that, with the arrival of Donald Trump, imperialism has escalated to a higher level,” Arreaza tweeted.

The tour was announced Wednesday, shortly after a preliminary agreement was signed between the Venezuelan government and opposition in the Dominican Republic, where dialogue aimed at promoting peace and unity between the two parties is taking place.

At the same time. U.S. Secretary of State Rex Tillerson began his own tour of five countries in Latin America, with Venezuela top of his agenda.

Organizations and social movements in the region have rejected the U.S. official’s tour, calling it “the most brutal interventionist policy” against nations such as Venezuela.