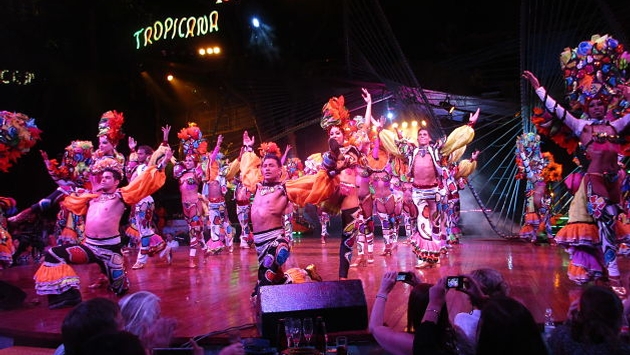 The only constant in the Cuba travel market is change

During the days following President Trump’s announcement of his new, tighter restrictions on travel there, tour operator insightCuba had a 25 percent surge in web traffic and 32 percent surge in bookings, according to Tom Popper, the company’s president.

It actually happens whenever travel to Cuba hits the news.

“Every time there is a change, it creates a news cycle and we get a lot of calls,” said Popper. “Halfway through Trump’s speech, we started getting calls. Everything is increasing: calls, inquiries, bookings, etc.”

Much of the activity is based on confusion about what is allowed and what is not allowed with travel to Cuba.

“We still have lots of educating to do,” said Popper. “Some people think Trump put an end to everything, which is clearly not the case.”

Though some articles are reporting a surge in demand since Trump’s announcement, the effect is not uniform across the entire market. With the recent additions of cruise lines, airlines and individual travel since former President Obama’s previous relaxation of restrictions, the Cuba travel market is more complex than ever.

Its market dynamics are as unique as the island itself and its turbulent history.

Most of the changes in demand are taking place in the individual travel market, which is the one market that will disappear when Trump’s new regulations take effect.

Trump’s changes—which will mostly affect individual travel to Cuba—have not yet gone into effect, and the date at which they will go into effect is not yet known.

Individual travel, which was only opened to Americans in March 2016, will be closed again under the new Trump regulations. The U.S. President also said he would outlaw the use by Americans of hotels or vendors with ties to the Cuban military. It is not yet known how this policy will be enacted and what hotels it would affect.

Tour operators are preparing to move their tours to different accommodations if necessary when the time comes.

The restrictions in hotels—depending on what they are when spelled out—could give an added boost to the cruise sector, a relatively recent and highly successful addition to the mix for American travelers to Cuba.

Obama’s opening of Cuba included allowing American airlines and cruise lines to operate there for the first time. It made it possible to accommodate travelers on ships rather than on the land, which altered the accommodations market. The ship accommodation alternatives skirted the problem of limited hotel capacity in Cuba, as well as the rise in hotel prices that had come with the rise in demand following Obama’s easing of restrictions.

Cruise success caused a shift of traffic from land to sea. Mayflower Tours saw its business shift so far that the cruise business completely supplanted its land tour business.

“The switch from mainly land vacations to cruising visits has been taking place at Mayflower Tours for the past several months,” said John Stachnik, chairman of Mayflower Tours.

“We are looking for lodging and flight prices to subside before re-entering the land program arena. These changes at Mayflower Tours began well before the Trump restrictions took effect. Sales by cruise ship have been favorably received – and the price point is dramatically different than the land programs.”

The shift of traffic from land to sea has put downward pressure on hotel prices again, which will likely lead to further shifts.

“When prices for lodging go down, and flights get down from $600 round trip out of Miami to something reasonable, we will be back in the land market again,” said Stachnik.

Most of the recently reported surge in bookings is in the individual travel market, which will be cut off when the Trump restrictions go into effect. Operators of land tours are seeing less of an impact from Trump’s announcement.

Peggy Goldman, president of Friendly Planet, said that reports of a sudden rush to Cuba may be exaggerated.

“While there has been an increase in bookings of individuals going to Cuba independently – as well as private tours by couples and small groups of friends following people to people programs that they book with operators like us –we haven’t experienced the deluge that these others are reporting,” said Goldman.

“In fact, we haven’t had any difficulty getting space on flights to Cuba. So while the airlines may be doing well, the flights aren’t going out full each time.”

Goldman points out that the increase of hotel prices that resulted from increased demand after Obama’s opening already had major effects on the market.

“Last year, business had already slowed down after the Cubans increased prices so dramatically that many people decided against going,” said Goldman. “After the Cubans realized their folly, prices were rolled back somewhat, and we attribute some of the increases we are seeing to better pricing all around.”

In a complex market, there is also a dampening effect on demand in some sectors over the uncertainty of the constantly changing rules.

Ronen Paldi, president of Ya’lla Tours USA, one of longest practicing veterans of the Cuba travel market, reports “a huge decrease in traffic as no one knows when the new regulations will take effect.”

Because of that decrease, Paldi said, “Airlines are canceling flights or downsizing the aircraft. The hotels in Havana are almost empty, and Ya’lla will show a price decrease for our fall 2017 and 2018 programs.”

Bob Drumm, president of Alexander+Roberts, told TravelPulse that the reported surge in demand refers primarily to independent travelers who were going on their own, often using Airbnb. It is not an industry-wide phenomenon. Demand remains steady or land and cruise operators.

The loss of the individual travel market is expected to give a boost to land tour operators.

Steve Born, vice president of marketing at the Globus family of brands, reports that “Cuba continues to be an extremely popular destination. Both Globus and Cosmos have enjoyed double-digit growth again for 2017, making Cuba one of our fastest-growing destinations. That demand has increased for the coming year. We opened 2018 sales to Cuba last month, and while it’s early, we’re seeing almost 30 percent increases over this time last year.

“It seems clear that the demand is there, and travelers are looking for a tried-and-true operator to provide peace of mind for their Cuba trip.”