Cuba to Send 100 Doctors to Kenya 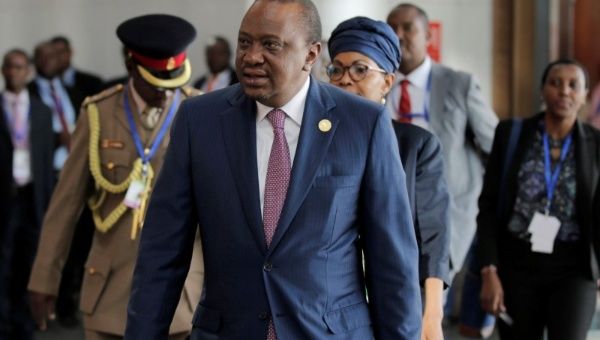 Kenya’s President Uhuru Kenyatta arrives for the 30th Ordinary Session of the Assembly of the Heads of State and the Government of the African Union in Addis Ababa, Ethiopia January 29, 2018. | Photo: Reuters

“I think that for us who want to implement the universal healthcare coverage, this (Cuba) is the place to come to and to learn from,” said Nyong’o, Kenyan governor of Kisumu.

March 18 (teleSUR) Kenya has announced that they will bring 100 Cuban medical specialists to assist county hospitals after Kenyan President Uhuru Kenyatta ended a short visit to the Caribbean island.

Both countries had agreed on a health cooperation program back in 2017, but now it has begun to be implemented. The Kenyan government will also send 50 doctors to get specialized training in Cuba.

“What we discovered is that Cubans are very concerned and very dedicated to research and have a very strong research department and they have had many firsts, they have eliminated malaria from the face of Cuba all together,” said Mohamed Ali, the governor of Marsabit, who also visited the island along with Kenyatta.

Ali also said they would bring livestock vaccines from Cuba to help Kenyan pastoralists without damaging the environment.

Ali and Anyang’ Nyong’o, the governor of Kisumu, said they would bring the doctors from Cuba since many national specialists feel reluctant about working in remote areas of the country, far away from major cities. If the agreement goes on, each of Kenya’s counties would get two Cuban doctors.

Nyong’o applauded Cuba’s “philosophy of giving priority to human development,” and called the policy “a sure way to prosperity.”

“They achieved all this not only because of the embargo from the US but also because of their own philosophy that human beings are the first item on the agenda for development. Once you get that equation correct others will follow. I think I could summarize this way, I have seen the future and it works,” said Nyong’o in Havana.

The Cuban specialists are due to arrive Kenya “within the next few weeks,” to assist local doctors in addressing life-threatening diseases.

One of President Kenyatta’s “Big Four Agenda” objectives is to implement universal health care for Kenyans, and that’s why medical assistance was one of their main discussion points during their visit to Havana.

“They have very good primary healthcare, they have excellent referral facilities, and I think that for us who want to implement the universal healthcare coverage, this is the place to come to and to learn from,” said Nyong’o, who supports Kenyatta’s plan for universal healthcare.

The health cooperation agreement also includes research projects in genetic engineering, biotech work and the possible opening of a pharmaceutical plant in Kenya.