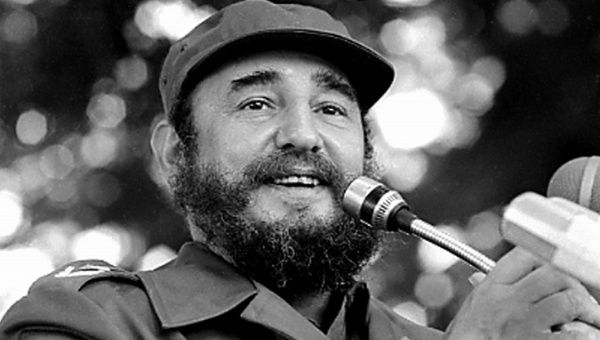 Cuban President Raul Castro characterized the project as being an “arduous task of the utmost importance.”

Feb 27 (teleSUR) Cuba plans to create an institution that preserves the thoughts and life work of the historic leader of the Cuban Revolution, Fidel Castro. The working group charged with developing the institution was formed by a decree authorized by Cuban President Raul Castro. The meeting was also attended by First Vice-President of the Council of State and Council of Ministers, Miguel Diaz-Canel.

The working group will be responsible for making all the preparations and proposals for the institution dedicated to preserving the “documentary heritage, the study and dissemination of the legacy of former Cuban President Fidel Castro,” who passed away on Nov. 25, 2016 at the age of 90.

His brother, Raul, characterized the project as being an “arduous task of the utmost importance.” A total of 30 experts from different fields of study and representatives of several official organizations based on the island will also participate in the articulation and construction of the institute.

Diaz-Canel, who will be in charge of completing the project, explained that it is about “perpetuating and gathering” all the “valuable information” possible that preserves the activities developed, thoughts and actions of Fidel Castro throughout his life and are part of the “historical memory of the nation.”

On July 26, 1953, Castro and other revolutionaries participated in the failed attack on the Moncada and Manuel de Cespedes Garrison.

Some four years later he organized another group of revolutionaries who set sail from Mexico back to Cuba aboard a yacht called Granma. Once landing in Cuba they launched a guerrilla war which, on the first day of 1959, ousted the U.S.-backed dictatorship of Fulgencio Batista.

The Cuban Revolution would go on to mark impressive social and educational gains on the Caribbean island, support struggles against colonialism in Guinea Bissau, Angola and other African countries, provide free medical care at home and abroad, and much more.

Fidel is, in the words of Gabriel Garcia Marquez, “the anti-dogmatist par excellence.”