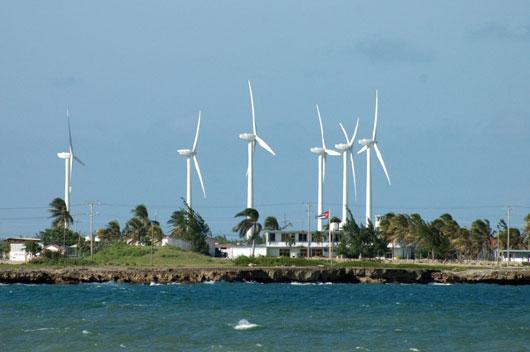 The project is part of an effort by the island to generate 24 percent of its electricity from renewable sources by 2030, with officials planning to attract more than $600 million in foreign investment.

The 13 new clean energy facilities will be added to a fleet of four existing wind farms, which have 12 MW of generating capacity and are located in different parts of the island.

Increased use of wind, solar and hydroelectric power plants will help Cuba reduce its reliance on fossil fuels and save about $780 million annually, Lopez told the National Assembly.

Several other foreign investment projects in the solar photovoltaic sector are being evaluated, Energy and Mines Ministry officials said.

Cuban officials did not identify the country of origin of the investors in the wind farms, but Italian Deputy Foreign Minister Mario Giro said last week that the island’s government was evaluating several energy projects, including the construction of three wind farms, with Italian companies.

Spain, for its part, has expressed interest in investing in Cuba’s renewable energy industry and several delegations, including one led by Industry, Energy and Tourism Minister Jose Manuel Soria, traveled to the island recently.