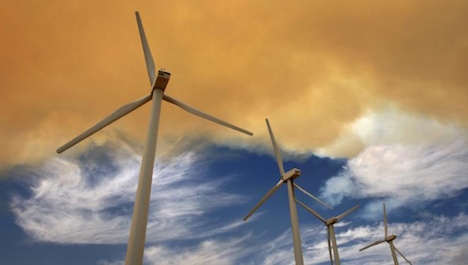 Achieving the target would allow the country to acquire nearly $780 million annual savings on imports from fossil fuels, which currently makes up 96% of Cuba’s electricity source.

According to Energy Monitor Worldwide, if Cuba’s power production grows 3 per cent annually, the per-Kilowatt cost will decrease from 21 cents at present to 18 cents by 2030.

The Caribbean nation’s current renewable energy output accounts for only 4.3 percent of its total electricity production but the government aims to boost investment by USD$3.5 billion over the next 15 years in order to develop the sector, the Communist Party daily Granma reported Friday.

During this week’s 32nd Havana International Fair, the government presented 246 potential foreign investment projects to strengthen and modernize the island’s renewable energy capacity, which would need foreign financing valued at around $9 billion.

Cuba’s renewable power projects include the installation of solar and wind farms as well as small hydropower stations. In addition, the government aims to create bioelectric plants, which base their production on the incineration of marabou wood and sugar cane.

The Cuban President Raul Castro has shifted its focus away from offshore oil which government officials believe will increase the country’s long-term energy independence.