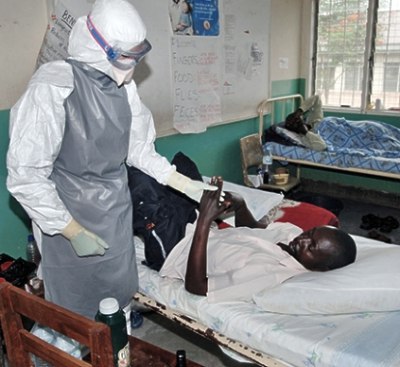 Cuba will send a total of 461 doctors and nurses to West Africa to help fight the Ebola epidemic, local media reported on Saturday.

According to the report, the first batch of 165 healthcare workers would arrive in Sierra Leone in early October, including 62 doctors and 103 nurses.

It added that the second batch of 296 doctors and nurses would head to Liberia and Guinea.

The UN Secretary-General, Ban Ki-moon, thanked Cuba for its medical assistance to West Africa in the fight against the Ebola crisis.

“The secretary-general thanked Cuba for its important contribution of medical doctors as part of international efforts to address the crisis,’’ Ban’s spokesman told reporters.

The Ebola virus has killed at least 2,500 people in West Africa and nearly twice as many have been infected since an outbreak in March, according to the World Health Organisation.