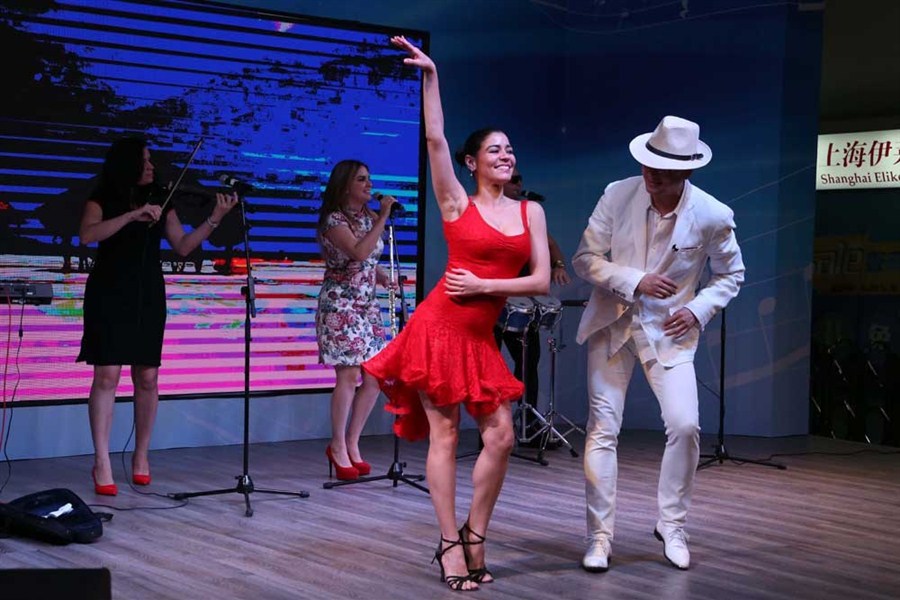 ANY talk of Cuba conjures up images of sun-kissed beaches, scintillating music, culture, traditions and a history that continues to unfold even now, but the Caribbean island nation’s top envoy in China is keen that visitors from the mainland take in a dose of medical tourism as well.

“One of the strengths of Cuba is health tourism,” Miguel Angel Ramirez Ramos, the Cuban ambassador in China, told Shanghai Daily after delivering a talk at the Shanghai Academy of Social Sciences Think Tank Foundation. “Cuba has made important strides in the field of biotechnology and health care. We have competitive advantage in this area.”

In 2000, one of the best-known names in the world of sports, Argentine football legend Diego Maradona, traveled to Cuba to seek treatment for drug addiction. Since then, the island nation has become one of the medical destinations for Americas, looking for affordable healthcare in sunnier climate.

“In fact, these days the Chinese are going to the US, but the Americans are going to Cuba for medicinal tourism,” the ambassador said.

“There are groups coming for disease treatments. Not only because they are only available in Cuba, or they may be somewhere else, but in Cuba they are cheaper. They get better results… I believe this is an important area in tourism,” the ambassador said.

According to International Medical Travel Journal (IMTJ), Servimed, a state-owned company, offers foreigners access to the 16 Cuban hospitals and clinics that provide more than 100 types of health services on the island.

Few weeks ago, the Cuban Minister of Public Health, Dr Roberto Morales Ojeda, told a WHO assembly in Geneva that by the end of 2016, Cuba had achieved a life expectancy of 78.45 years. He also said that Cuba was the first country to officially eliminate mother-to-child transmission of HIV and syphilis way back in 2015.

But the Cuban envoy in China was also clear that general tourists were equally welcome.

“There are lots of facilities for the Chinese tourists to go to Cuba,” Ramos said. “They will be surprised to see how friendly we are, particularly how friendly we are to the Chinese people, because we have a strong historical connection with China that goes back to 170 years ago. In fact, we are going to celebrate in June the 170th anniversary of the first arrival of Chinese coolies to Cuba.

“We have a monument in the middle of Havana, celebrating the Cuban-Chinese,” he said.

The monument was erected to commemorate the participation of thousands of Chinese plantation workers in the struggle for Cuban independence.

“They were brought to Cuba on contracts. They were tricked or covered by recruitment agents to substitute other resources for labor. The moment they realized they were cheated, they rose up in rebellion. They immediately took part in the independence war against Spanish colonial rule. Most of them were male so they mixed with the local population.

“Now in Cuba we have many Chinese descendants who intermingled with the local population.”

China’s presence is kept alive by descendants of that period, through societies and various manifestations. They are also present in the consumption of rice and other culinary traditions of the Island.

The influence of these immigrants served as a link to maintain the economic exchanges between Chinese and Cubans, as well as to keep the germs of cultural interconnection, said Ramos.

“China is present in almost all sectors of Cuban economy. It is widespread and we are encouraging that it should be in that way. The cooperation not only comes because of the quality, the technology, the facilities on prices, but also financing support of the infrastructures of course.

“We have cooperation plans with China in the area of biotechnology. For a small country like Cuba, it is safer for Cuba to export technology not just raw material, sugar or cigar, which we are also exporting to China. We are keen on exporting high-tech to China because these are all new products developed by Cuban scientists.

“There will (also) be strong opportunity of cooperation in the area of information, computing. We are providing very favorable conditions to the Chinese as well as the rest of the world,” he said.