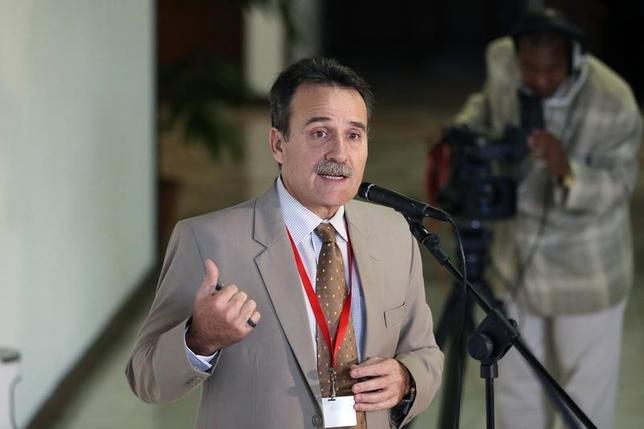 Conditions are favorable for restoring diplomatic relations with the United States, Cuba said on Monday ahead of upcoming talks in Washington.

The two longtime adversaries are scheduled to meet on Thursday for their fourth negotiating session on re-establishing diplomatic ties, which were severed in 1961 amid Cold War tensions.

The so-called interests sections in Washington and Havana would be upgraded to embassies if diplomatic ties were restored.

Even though progress had been made, the two sides still need to reach agreement on the conduct of diplomats, said Gustavo Machin, the deputy director for U.S. affairs in the Cuban foreign ministry.

Cuba wants the Americans to halt training courses in journalism and the Internet that it considers subversive and a violation of the Vienna convention on diplomacy.

“We don’t see obstacles but rather issues to resolve and discuss,” Machin told reporters.

Cuba, which tightly controls its media and blocks websites run by independent journalists, views the courses at the U.S. mission in Havana as subversive and remnants of the U.S. policy of regime change in Cuba.

“We should reach a common interpretation on what the rules of the Vienna convention establish,” Machin said.

The United States sees the courses as normal diplomatic functions similar to what embassies of other countries do in Havana and on par with what Cuban embassies do around the world.

The United States in turn wants freedom of movement for its diplomats, who currently need permission to leave Havana.

Since Castro and U.S. President Barack Obama announced in December plans to reset hostile relations, negotiators have met twice in Havana and once in Washington. The two presidents also met in April at a summit in Panama, where Obama said, “On Cuba, we are not in the business of regime change.”

Machin declined to predict how soon they might reach a deal but did say it was possible Thursday’s meeting could be the last.

The United States said last month it would remove Cuba from its list of state sponsors of terrorism, effective May 29. The designation imposed sanctions on some companies doing business with Cuba and discouraged banks from handling Cuba’s accounts in the United States.

That decision, combined with helping Cuba find a bank, have created “favorable conditions for the re-establishment of diplomatic relations,” Machin said.