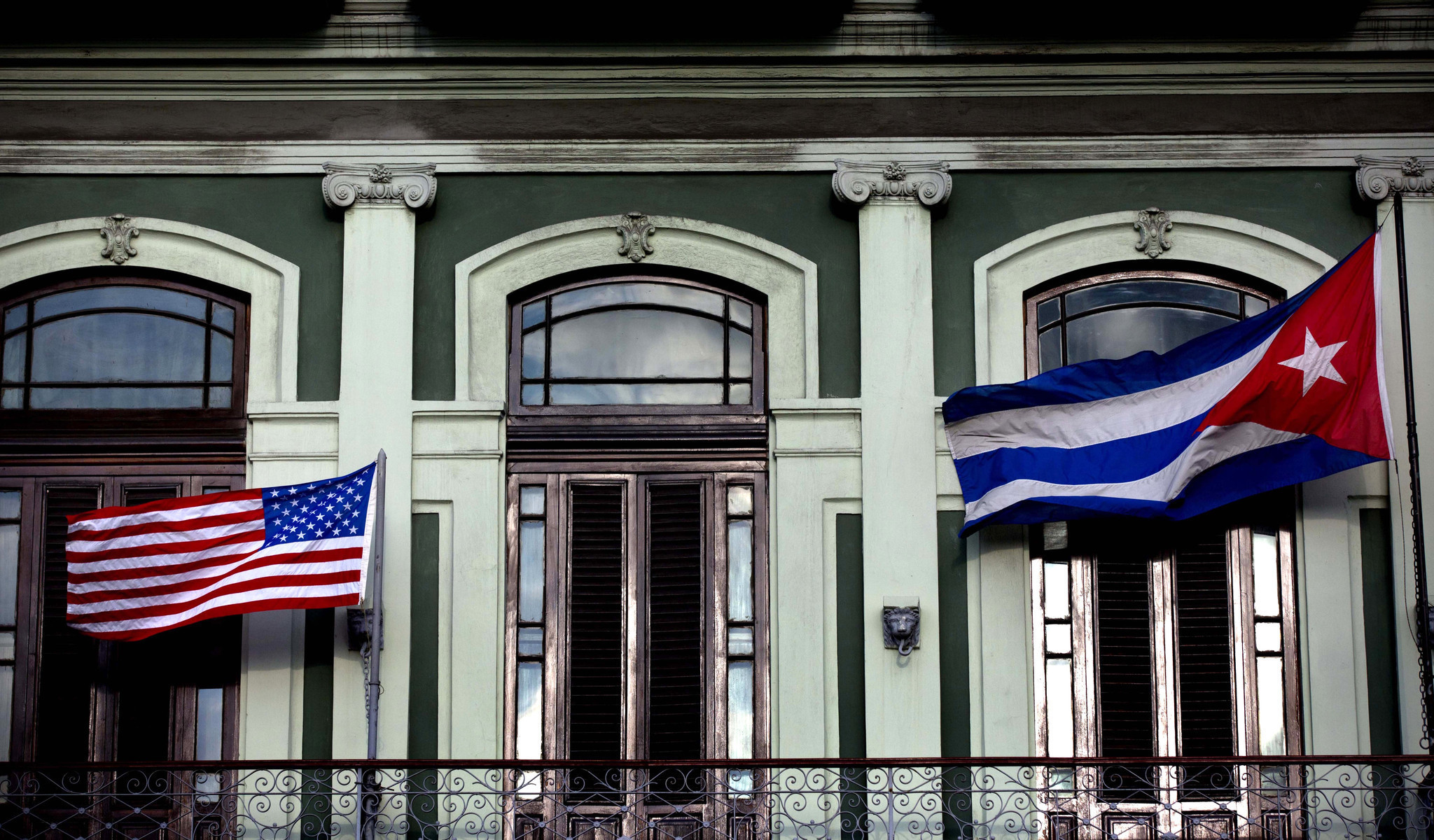 HAVANA, Oct. 21 (Xinhua) — Cuba on Friday renewed its call on U.S. Congress to end the economic and trade embargo held against the island for over 55 years, as a sign of a new era in ties between the former Cold War enemies.

At a press conference in Havana, Cuban deputy foreign minister, Abelardo Moreno, said the U.S. legislative body should pay attention to public opinion, which supports the end of economic sanctions against Cuba.

“The American people are responsible for demanding their leaders in Congress lift the economic blockade, because they must represent the opinion of a great majority of the U.S. population and institutions,” he said.

A poll by Florida International University conducted in September found that 63 percent of Cuban-Americans living in Miami opposed the embargo. This group has traditionally opposed closer ties to the Castro regime.

A Pew Research Center poll in July also showed 72 percent of Americans in favor of lifting the embargo.

However, the top Republican in the U.S. Congress said on Tuesday he intended to keep the trade restrictions in place, dimming hopes for an end to the embargo in the near future.

“As the past two years of normalizing relations have only emboldened the regime at the expense of the Cuban people, I fully intend to maintain our embargo on Cuba,” U.S. House of Representatives Speaker Paul Ryan said in a statement.

In response, Moreno said, “Mr. Ryan can express his opinions but we totally disagree with him.”

“His statements show he is clearly getting left behind in history and, most importantly, he is not listening to the vast majority of American voters that want the blockade to end and a full normalization of ties with Cuba,” he said.

The deputy foreign minister recognized a recent set of changes approved by President Barack Obama to further loosen the embargo but said they were “very limited.”

“There are a series of legal elements and laws included in U.S. legislation like the Torricelli Act or the Helms Burton Act which the president cannot overturn as only the U.S. Congress can do so,” he said.

Moreno also pointed to the upcoming vote at the UN General Assembly on Oct. 26 regarding the embargo, stressing that Cuba will continue to present this resolution every year as long as the blockade is in place.

“This year, we have received greater support from international organizations. UN bodies and over 160 countries have turned in documents demanding an end to this policy. That will be shown in next Wednesday’s vote,” he added.

Last year, 191 countries voted in favor of lifting the policy while only the United States and Israel voted against it.