Cuba Rejects US Claims of Another ‘Attack’ Against Diplomats 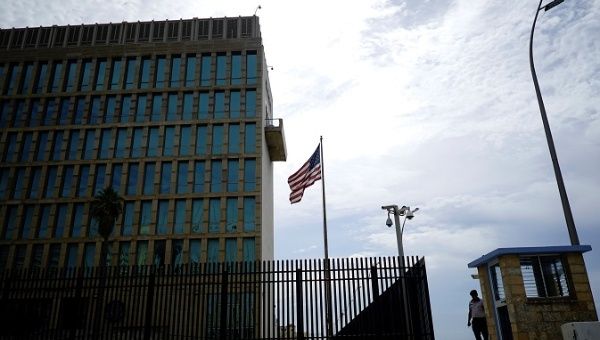 “The supposed concern for health and security is used with political opportunism,” a Cuban official said.

June 28 (teleSUR) Cuba has denounced U.S. “opportunism” for claiming that health problems reported by U.S. diplomatic staff in Havana are “attacks” after another case of a “mysterious illness” was reported.

The U.S. State Department said on Thursday that another diplomat had been affected by a “mysterious illness” in Cuba, and said it would “work diligently to determine the cause of the symptoms, as well as develop mitigation measures.”

State Department spokesperson Heather Nauert said that Cuba was informed of the “attack.”

The director of the United States in the Cuban Foreign Ministry, Carlos Fernandez de Cossio, said the insistence of the State Department on using the term “attack” to describe the incidents confirms the United States is opportunistically using them for political motives.

“The supposed concern for health and security is used with political opportunism,” Fernandez de Cossio said, noting that Washington has a long history of political manipulation in the Caribbean island.

The Cuban official reiterated his country’s commitment to guaranteeing the security of all foreign diplomats, including those of the United States, and that it has and will continue to cooperate in every way possible to identify the cause of these reported symptoms.

Similar symptoms were also recently reported by U.S. diplomats in China, leading to their evacuation.

Last year, so-called ‘sonic attacks’ led to the withdrawal of U.S. diplomatic staff in Cuba, after 24 staff displayed concussion-like symptoms, according to the State Department. No evidence was ever found to support the allegations.

The incident led to heightened tensions between the two countries and coincided with the United States’ souring of bilateral relations after several years of openness under Barack Obama.