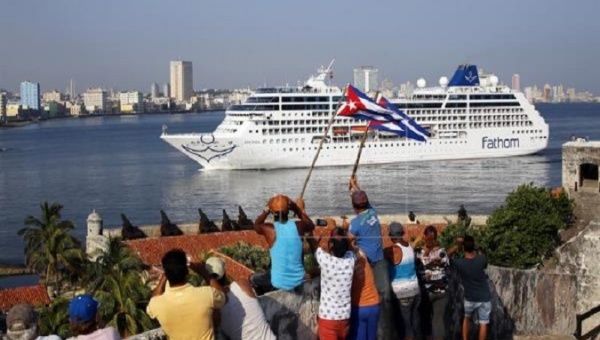 The U.S.’ reopening of ties under former President U.S. President Barack Obama with Cuba has accounted for the surge in numbers.

Jan 1 (teleSur) Cuba received more than 380,000 cruise passengers this year, with reopening of travel between the socialist-led island and the United States in May 2016 being credited for the surge.

The figure was announced Thursday by the Maritime Administration of Cuba during the welcoming ceremony for the Veendam vessel, which landed in Havana with about 1,654 passengers on board.

According to the group, there are currently four U.S. companies that operate on the island, Carnival Cruise Line, Royal Caribbean Cruise Line, Norwegian Cruise Line Holding and Peral Seas LLP.

A fifth company, Victory Cruise Line, will soon begin operations there as well. The cruise will also offer tours of Havana and explorations of the virgin underwater landscapes of María La Gorda, at the western end of the archipelago.

While the U.S.’ reopening of ties under former President U.S. President Barack Obama with Cuba has accounted for the surge in numbers, that is likely to change in the upcoming year, as current U.S. President Donald Trump has reinstated the blockade.

Some of these reversals had included the reopening of the Cuban embassy in Washington for the first time in 50 years, as well as the formation of 26 agreements between U.S. businesses and the Cuban government.

That move had also allowed airliners and cruise lines to provide travel to and from the island.

Under the blockade, however, business relations are restricted and there are new taxes on travel to Havana.