Cuba Readies Vaccines Against Cholera and Other Diseases 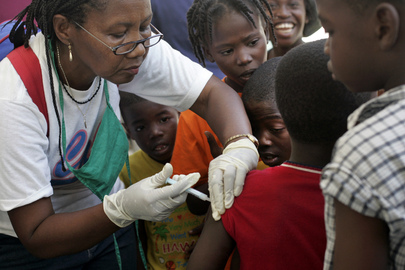 Havana, Nov 23 (Prensa Latina) Cuba will list a preventive vaccine against cholera and pneumococcal vaccines and other therapeutic for hepatitis B, announced a steering group of the Biotechnology and Pharmaceutical Industries, BioCubaFarma.

In statements published today by the newspaper Juventud Rebelde, the vice president of that entity Gustavo Sierra, indicated that in the case of medication against cholera in clinical trials, a highly innovative, safe and effective product was obtained.

From 2015 we will begin to protect the entire population, and prepared to increase drug development and export to other nations and even deliver it to the World Health Organization, he said.

He also Director of Science Policy that business group highlighted the progress achieved during the year, among which the vaccine against seven types of pneumococci.

On this aspect, said clinical trials were conducted in children between one and five years, with results likely envision vaccination of this age group from next year.

Sierra noted that works to achieve its application in nursing infants, because they are very susceptible, and in the elderly, who have high risk of getting pneumonia.

He also stressed that the future application of a nasal vaccine against hepatitis B is better than interferon antiviral and products to improve the quality of life of these people and prevent cirrhosis or death.

While in Cuba this disease is a problem practically controlled by preventive vaccine, there is still a group of patients with the disease who should greatly with this medicine, he said.