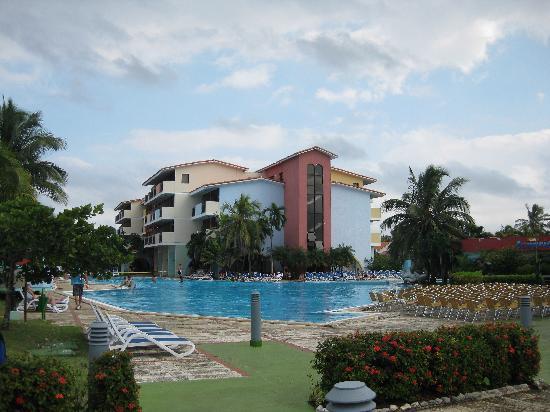 PARIS, March 21 (NNN-Prensa Latina) — Natural wealth is one of the attractions Cuba is promoting today at the World Tourism Fair, using this new feature that this edition coincides in time with the holding of the Destinations Nature Exhibition.

The latest features and innovations of the natural destination section are exhibited on this fair.

The Cubanacan hotel group is one of those that encourage that modality: “We have many diving centers, we also promote bird watching and fishing,” Norys Alonso, an expert in promotion and public relations of the group, told Prensa Latina.

We work all including the segment of sun and beach, weddings and honeymoons, events, she noted after adding they are participating each year in the French capital’s tourist event.

With a view to the International Tourism Fair 2015, to be run in May in Cayo Coco, we are promoting the product from Santa Lucia, which is sun and beach, but this time, diving, and land and sea excursion will be included, she stressed.

We are focused this year on the celebrations for the 500th anniversary of the founding of the city of Santiago de Cuba, where we have hotels such as Sierra Mar, Versalles, Casa Granda, among others, she said.

On the other hand, Guillermo Labrada, a trade executive of Islazul hotel group, told this agency that the Paris event, running until March 22, is a propitious space to reveal “our potentialities with hotels and nature tourism products, very demanded by French citizens.”

We expects this year an increase in French tourists’ arrivals to the island, said Carmen Casal, of the Trade Direction at the Cuban Ministry of Tourism, who is attending the 40th edition of the World Tourism Fair in Paris.