Cuba: Over 70% of Island’s Power Restored After Hurricane 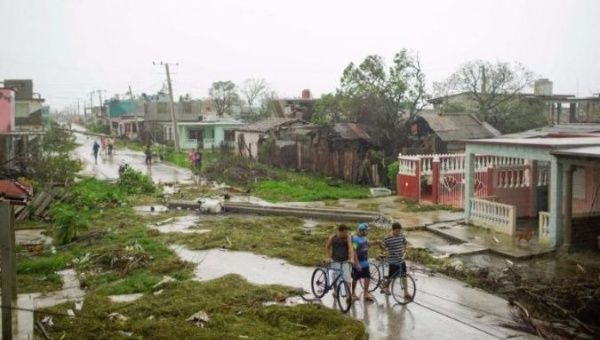 People walk on a damaged street after the passage of Hurricane Irma in Caibarien, Cuba. | Photo: Reuters

Government officials and citizens continue to work extensively to restore the country to normality.

Over 70 percent of Cuba’s electrical power has been restored in the wake of Hurricane Irma, Prensa Latina reported.

The hurricane, which rocked the island nation’s northern coast earlier this month, left vast areas without power for days.

Only one principal generator, located in the Matanzas province, remains inactive due to the effects of the hurricane. Once repaired, full energy transmission will be restored throughout the Caribbean island.

Government officials and citizens continue to work extensively to restore the country to normality.

The Ministry of Higher Education announced that 11 universities have reopened and that classes have resumed.

Nine food centers in eight Havana municipalities continue to serve 702 residents who have been unable to return to their homes.

Over 200 public water containers in flooded areas have also been cleaned up.

While telephone service for 24,410 residences has yet to be restored, a majority of Cubans are now able to access communication devices.

All hospitals and health clinics are functioning normally, except for two: the America Arias and Hermanos Ameijeiras hospitals.