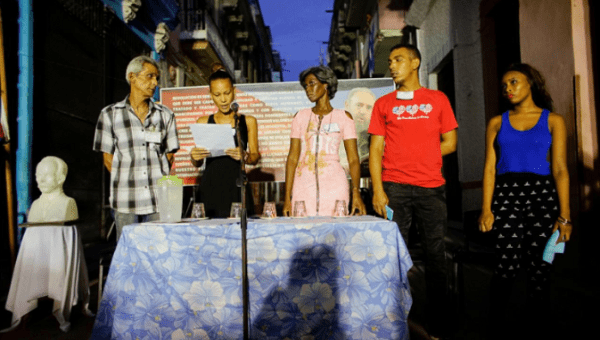 Members of the local electoral commission speak during the nominations of candidates for municipal assemblies in a neighborhood of Havana, Cuba, September 4, 2017. | Photo: Reuters

Over 60,800 candidate nominations were put forward by municipal councils across the country between Sept. 4 and Oct. 30. Just over 27,000 candidates were officially selected and will compete for a total of 605 seats split between 168 municipal assemblies throughout the country.

Over 8,000 of the final assembly candidates are incumbents, with 35 percent of them being women.

Biographies and photos of each candidate are publicly available for the electorate to study before voting takes place Nov. 26. The election timeline was modified for this year’s municipal assembly elections due to Hurricane Irma, which hit the island early September.

Run-off elections for any of the 605 assembly contests that don’t take a majority of votes will take place Dec. 3.

She added that candidates for each municipal assembly (which together comprise the national People’s Power Assembly) are residents from those particular municipalities.