May 1 (teleSUR) As the world celebrated International Workers’ Day on May 1, commemorating the valuable contributions of employees, hundreds of thousands of people marched through Cuba’s streets.

They also showed support for the new president, Miguel Diaz-Canel. The president, accompanied by his predecessor and the first secretary of the Communist Party of Cuba Raul Castro presided over the main ceremony held at the Plaza de la Revolución in Havana.

According to the official sources, nearly 900,000 people, took part in the celebrations.

Diaz-Canel in a military uniform and a  “guajiro” (peasant) cap with the national flag’s colors waved a small Cuban flag, as he attended the two-hour parade with Castro.

The Secretary-General, the Workers Central Union of Cuba, CTT, also spoke of a “strategic battle in the economic field” and appealed to the “contribution” of workers from the state and private sectors to increase production, imports “and improve the quality of life of the population.”

The Revolution Plaza, emblematic of the Cuban revolution was adorned with large posters and banners in its main buildings, such as the National Library. Photographs of the national heroes  Carlos Manuel de Céspedes and José Martí, along with others by Fidel Castro could also be seen. 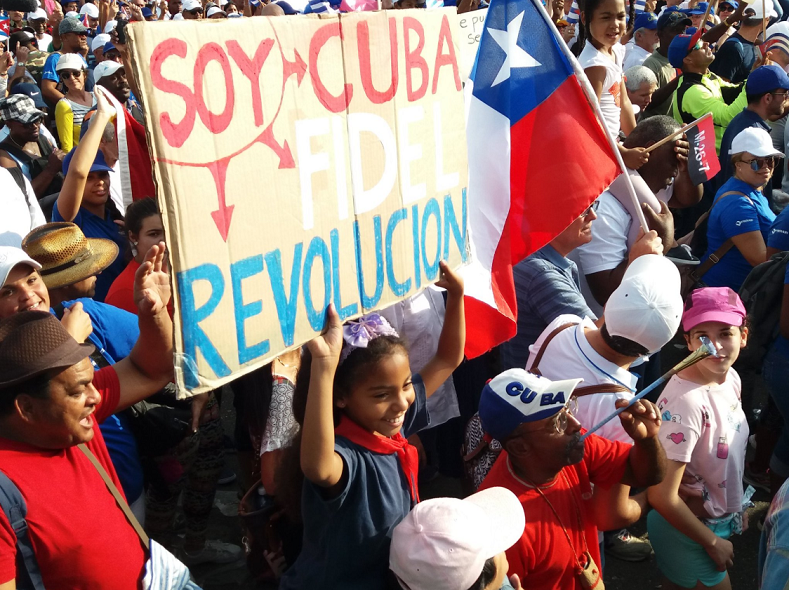 “I am Cuba, Fidel, Revolution’ says a placard held by a kid, during the May Day celebrations in Havana, Cuba.Photo:teleSUR / Laura Prada 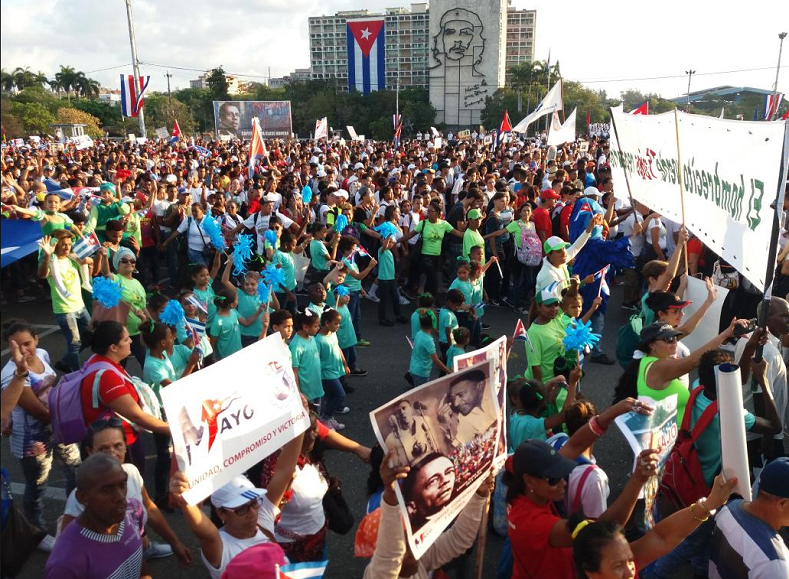 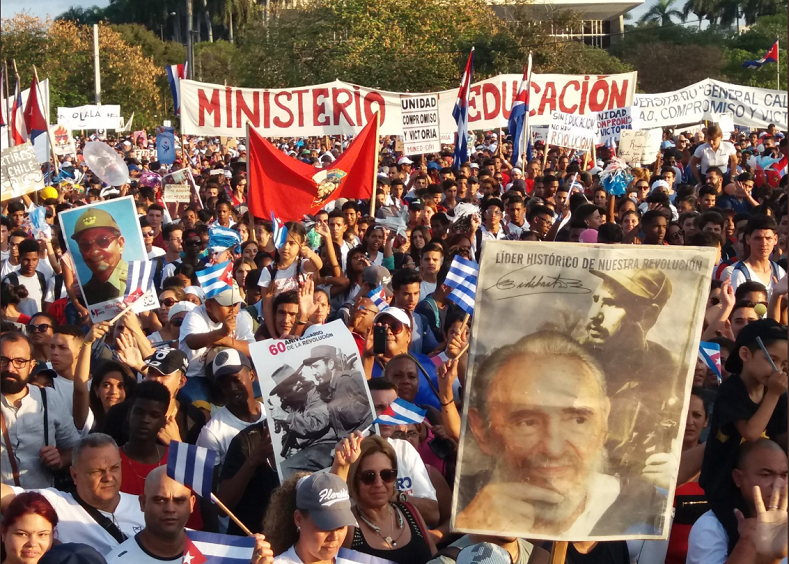 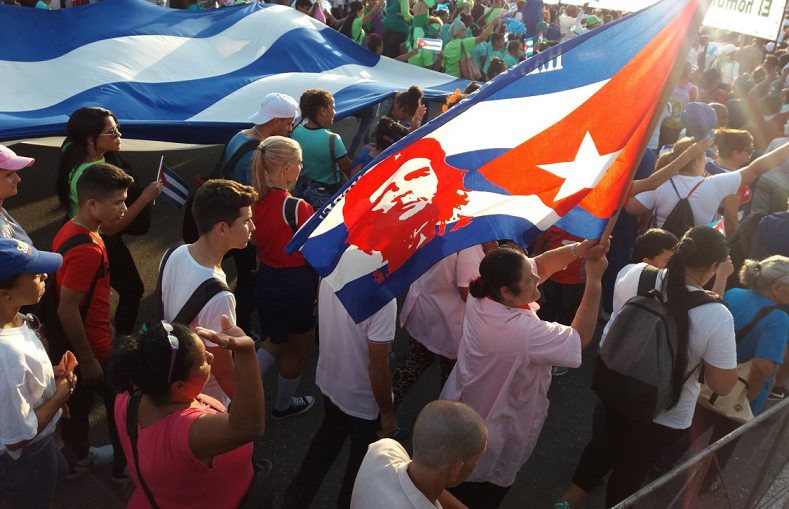 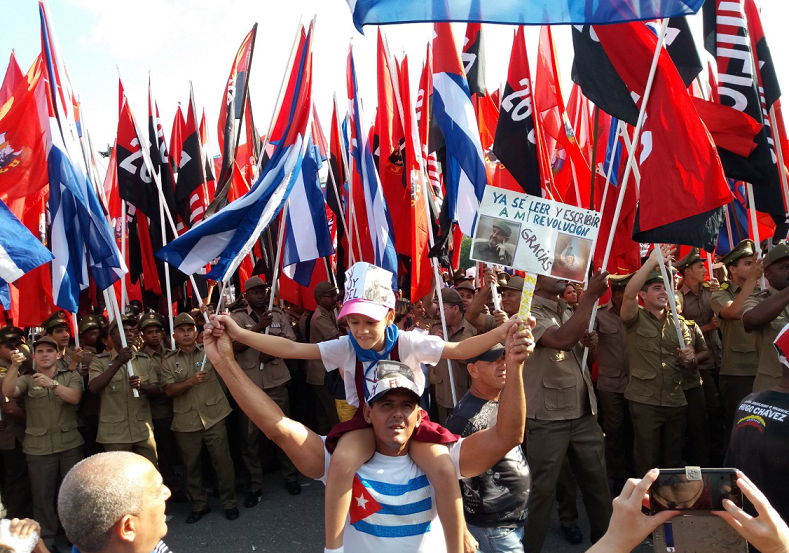 People wave the Cuban flag during the celebrations.Photo:teleSUR / Laura Prada 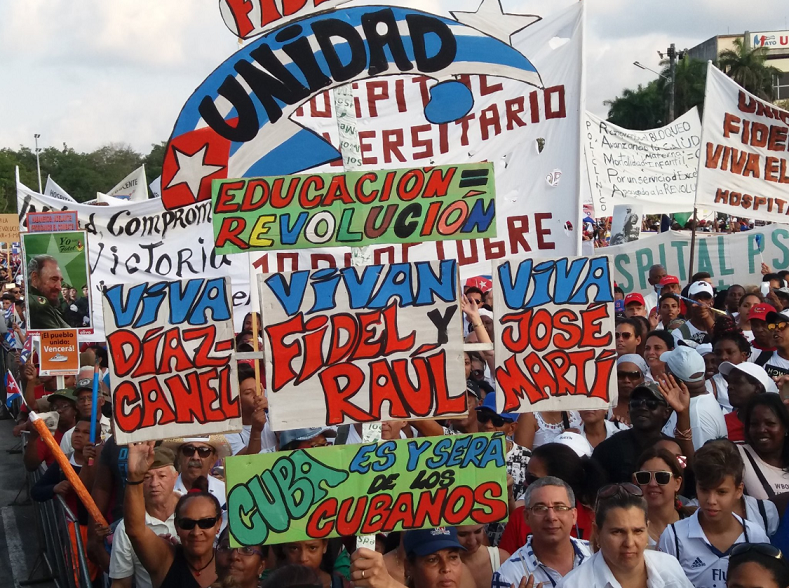