Cuba is high on this year’s must-see travel lists 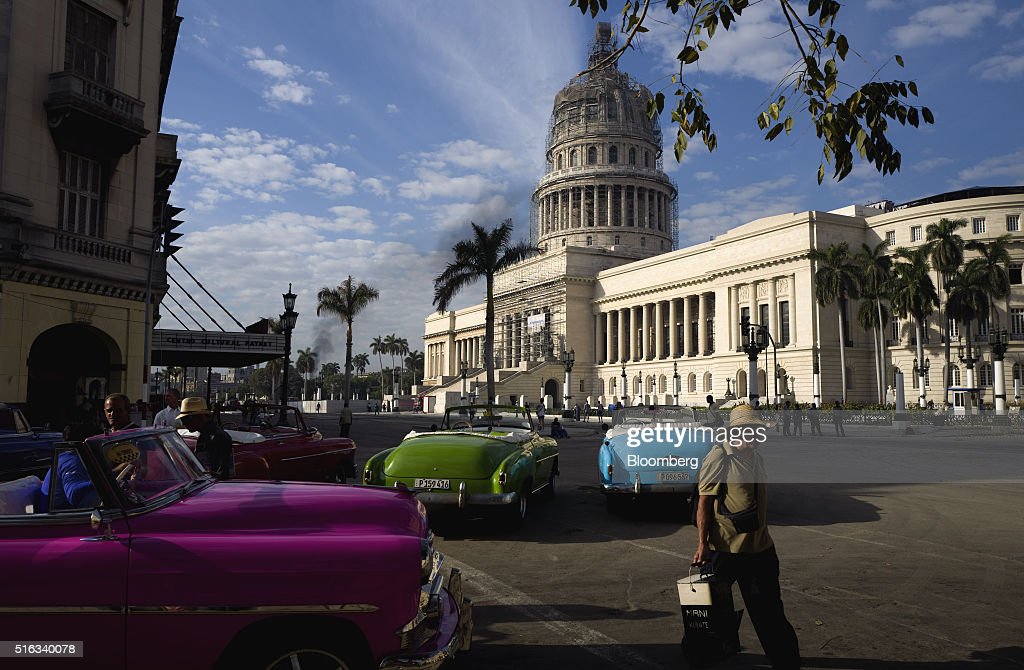 It seems like every travel organization in the country is out with its “must visit” list for 2017. What do they say? They’re literally all over the map, but one place gets repeated mentions: Cuba.

The U.S. Tour Operators Association singled out the island nation as the hottest destination of 2017, while the website for the travel guidebook Frommer’s listed Cuba as one of the best places to go this year. Based on search data, the airfare website Skyscanner.com named Havana the top destination of the year. Virtuoso, the travel agency consortium, includes Havana on its list of “emerging” destinations.

Readers also told me that the island nation was at the top of their list this year.

“I would love to go to Cuba before it gets ruined by capitalism,” wrote Alicia Nieva-Woodgate, a Denver consultant.

Laurie Fullerton, an author who lives in Marblehead, Mass., feels the same way. “Unfortunately,” she wrote, “the cruise ships are on their way.”

Their fears may be well-founded. Anyone who visited Eastern Europe just after the fall of the Iron Curtain knows how quickly a destination can go from affordable and interesting to expensive and overcommercialized.

For a year or two, places such as Prague or Warsaw were affordable. And then they were discovered by American tourists, and — poof! — there go the authenticity and the bargains.

“I hate these sorts of pieces where the media has to arbitrarily pronounce something is hot,” said Doug Lansky, a longtime advocate for sustainable tourism. “Then people flock there before the place can brace for crowds or create a strategic plan, it gets overcrowded and overdeveloped, then people are directed to the next hot spot, leaving the destination discarded like a nightclub that’s no longer trendy.”

Lansky cites the example of Jericoacoara, a remote Brazilian fishing village that, after a guidebook declared it the world’s most beautiful beach, became overrun by tourists.
Other travelers have more immediate concerns.

Pauline Frommer, editorial director of Frommers.com, notes that Cuba made her site’s list as a last-minute addition. “That was a ‘visit-it-while-you-still-can’ pick,” she said.

Indeed, in the weeks since the election, some travel suppliers have cut back their Cuba itineraries, anticipating a slump in demand, if not a complete stop in tourism from the United States. For example, in December, American Airlines announced that it would cut nearly a quarter of its flights to Cuba for early 2017, citing weak demand.

The carrier reportedly plans to reduce daily round-trip flights between the United States and Cuba from 13 to 10, starting in the middle of February.

Mike Weingart, president of Air Land Sea Consultants, a Houston travel agency, said that while he received “huge requests” for Cuba last year, the future is uncertain. “Hopefully, the Trump administration will continue in the good efforts made by the Obama administration,” he said. But until it does, he expects to see more queries than actual bookings.

The American Society of Travel Agents is pushing to keep Cuba open for tourism, and with good reason. In a poll conducted late last year, 84 percent of its agents reported an uptick in Cuba interest by their clients in 2016. And 78 percent are predicting even more interest in the destination this year.

Travel agents don’t want to give up the gains made during the past few years.
There might be an opportunity to open the doors to Cuba permanently. Earlier this month, the Freedom to Travel to Cuba Act of 2017 was introduced in Congress by Rep. Mark Sanford, R-S.C., and Rep. Jim McGovern, D-Mass. The bill would repeal restrictions to Cuba.