Cuba is Back in Business with U.S. Hospitality Companies 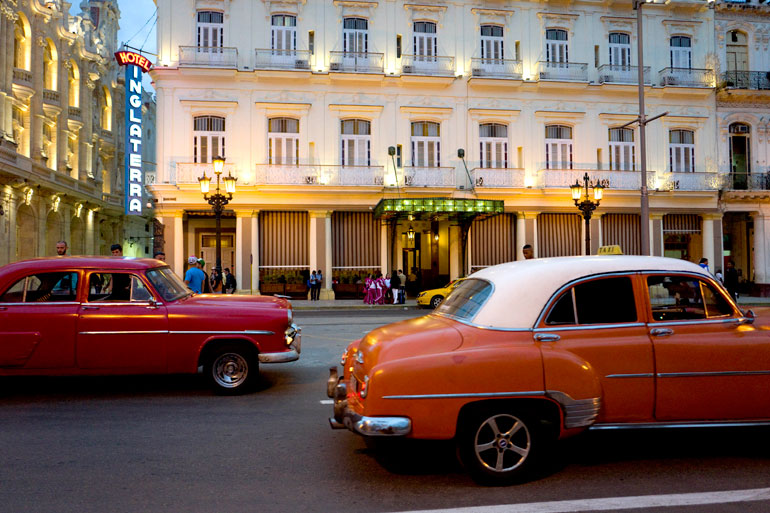 Nearly 60 years after its hotel heyday, Cuba is back in business with U.S. hospitality companies. Earlier this month, Starwood Hotels and Resorts and Marriott International were among a slate of hospitality and travel companies to gain approval from the U.S. Treasury Department to operate in Cuba. And on March 19th, the day before President Obama’s historic visit to the island nation, Starwood inked three hotel deals in Cuba, making it the first U.S.-based hospitality company to officially enter the market since the 1959 revolution.

Marriott has yet to announce any specific hotel plans in Cuba, but CEO Arne Sorenson said in a statement that the company is actively pursuing relationships in the island’s hospitality sector.

Demand for hotels in Cuba have surged since Obama announced plans to open up travel and diplomatic relations at end of 2014. A record 3.5 million travelers visited the country last year, about 25 percent more than the prior year.

Unfortunately for current travelers, high-quality lodging is in short supply on the island. The government still owns and operates most options, and rooms are often dreary or not available. According to a New York Times article, Havana has only a half dozen properties that meet international five-star standards, and some travel organizations stopped taking bookings for the first half of 2016 because they could not guarantee hotel rooms.

But what is bad luck for visitors now could mean a boon for the hospitality design market.

“We believe that there is tremendous potential for growth of the hotel sector in Cuba with its rich history and natural beauty,” said Jorge Giannattasio, Starwood’s chief of Latin America operations. “We are exploring many opportunities in Cuba across our brands, particularly with a focus on the upscale and luxury segments. Cuba already enjoys international visitors from many parts of the world, including Europe, Latin America, and Canada. We estimate that demand from North America will increase when commercial flights resume in the next months.”

For its part, Starwood has chosen to focus on conversions first. National landmark and longtime Havana icon, Hotel Inglaterra, will join The Luxury Collection after renovations to the 141-year-old property are completed later this year. The Hotel Quinta Avenida in the Miramar District will be refurbished and rebranded as a Four Points by Sheraton. The company also signed a letter of intent to convert the famed Hotel Santa Isabel, a 19th-century palace overlooking Havana Harbor, into another member of The Luxury Collection.

“One of the main reasons why Starwood and its partners chose The Luxury Collection brand for these iconic hotels is because it allows us to strike the perfect balance between authenticity and modernity,” said Giannattasio. “Adaptive reuse projects allow us to preserve the history, architecture, and culture with a hotel experience consistent with the Starwood brand.”

As other U.S. hospitality companies move into Cuba, designers will be faced with the challenge of balancing the historic architecture that attracts many travelers with the modern amenities that they expect on vacation. Given the increasing demand for rooms, it’s likely we will start to see more responses to that challenge by the end of this year.