Cuba in Africa: Solidarity in the face of brutality 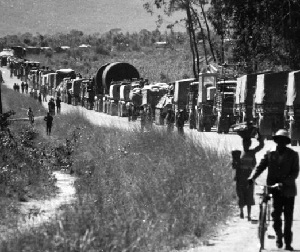 May 4 (Cubadebate) The Cassinga massacre was the worst air attack perpetuated against the adherents of SWAPO, the political organization opposing South Africa’s domination and occupation of Namibian territory.

Some 600 refugees, the majority women, children, and elders lost their lives at the hands of the apartheid forces.

The efforts of Cuban military forces that continued their advance toward Cassinga, despite the bombing, forced the attackers to retreat and saved the lives of some 3,000 refugees in the camp.

Cuba’s contribution was not only military, but also humanitarian, with vital assistance provided to the victims, many of whom went on to study on the island.

Although the apartheid forces achieved their military objectives, the massacre was a political defeat, with the United Nations approving Resolution 435, supporting the independence of Namibia.

Africa is a continent with important historical roots in Cuba, key to the development of our national identity.

Cuba’s efforts on the continent after the Revolution are also a tribute to the African slaves who with their sweat, blood and spirit of resistance contributed to our country.

Cuba has always been guided by the principles of solidarity and cooperation in its relations with Africa, as the internationalist legacy of our Comandante en Jefe dictates.

Our historic cooperation continues, with thousands of collaborators supporting socio-economic development in countries across the continent.