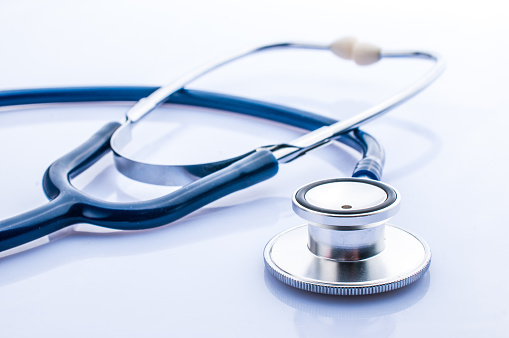 Cuba’s healthcare system has achieved renown for its world-class doctors and medical breakthroughs. There’s no telling what could be accomplished from a thriving partnership between Cuba and the United States, the world’s most advanced medical market.

The U.S. is the largest healthcare market in the world, and Cuba is a clear leader among developing nations. Positioned 90 miles away from each other, the two countries make ideal medical collaborators.

U.S. companies have the resources needed to work with Cuba to develop innovative testing and discover new treatments. Now it’s time for Congress to lift the U.S. embargo that is stifling innovation in healthcare.

The National Health System is explicitly organized to focus on preventative and primary care, which prioritizes public health alongside clinical capability. Through the improvement of education, coordination, and nutrition in particular, the system has achieved health indices that are comparable to the United States. The system has also surpassed U.S. capabilities in a few cases by developing new preventative care techniques such as a diabetic ulcer treatment (Heberprot-P) and a lung cancer vaccine (ClimaVax). The international health services of Cuban health professionals provide the Cuban government with over $8 billion in revenue.

Primary care is available in a consultorio, which serves as a “medical house.” Staffed by specialists in internal or family medicine, obstetrics and gynecology, pediatrics, and psychology, consultorios serve neighborhoods or communities of roughly 1,200 to 2,500 people. Cuba’s strategy to invest heavily in preventative care has had an undeniable impact, evidenced by its global rankings in health outcomes. Cuba’s doctor-to-patient ratio surpasses that of the United States at 1:150 compared to 1:400. In Cuba, 98% of children are immunized by age 2, and the infant mortality rate is on par with developed nations at < 5 per 1,000 births. The island’s average life expectancy of 79.2 is nearly equivalent to that of the U.S., nearly 10 years higher than countries of comparable GDP.

Polyclinics, a kind of midway between consultorios and hospitals, are larger medical facilities that offer more specialized equipment and care than do consultarios. There are 498 polyclinics nationwide. The largest facilities in the system are the hospitals, which include psychiatric facilities. There are also research institutes for specific medical specialties, which offer medical assistance to the general population in addition to their research initiatives.

Cuba plays a significant role in international public health. For Cuba, healthcare and foreign policy are intricately connected in a system of healthcare diplomacy. Cuba is known for its medical internationalism, a practice deeply engrained in its overall mission to be a responsible leader in healthcare among developing nations. Cuban medical personnel are constantly on the front lines in the midst of disasters and epidemics. The Cuban government sent enough doctors and nurses to Haiti after its devastating earthquake to care for 40% of victims. To date, Cuban doctors and nurses are present in over 60 developing nations, totaling around 50,000.

At the height of the Ebola epidemic, Cuba was the global leader in direct medical support to the afflicted countries and deployed over 250 doctors and nurses to the outbreak’s epicenter. It was also the first country to eliminate mother-to-child transmission of HIV and syphilis.

BioCubaFarma produces highly technological medicines, equipment, and services to improve the health of the Cuban people and to generate exportable goods and services. The organization exports to over 49 countries, and its program for clinical development abroad includes 30 testing clinics in 18 countries. Over 21,801 people are employed by the organization. In Cuba, BioCubaFarma has registered 592 drugs and 28 biological products; abroad, BioCubaFarma companies hold over 900 health product registrations in over 50 countries.

Among the main products, there are vaccines for infectious diseases, drugs to treat cancer, products to prevent and treat cardiovascular conditions, and those for the treatment of diabetic foot ulceration. BioCubaFarma manufactures generic products and last-generation drug compounds as well as systems for early diagnosis and prevention of malignant tumors, malformations, inherited metabolic diseases and others.