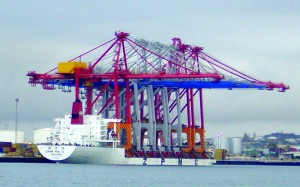 Cuba has given the go-ahead for five more foreign companies to set up operations in the Mariel Special Development Zone, or ZEDM, a port and trade complex aimed at luring foreign investment, officials said at an international trade symposium in this capital.

“Six companies have been approved (to date), five of them with 100 percent foreign capital,” the director of the ZEDM’s support office, Ana Teresa Igarza, was quoted as saying by Cuba’s official Prensa Latina news agency.

The approved companies operate in agribusiness, light industry, electronics, chemicals and transportation, Igarza said Friday, without indicating in which countries they are based.

Plans are for the companies to be installed at the development zone and begin production in the first half of 2016.

Cuba has received more than 300 applications to invest in the ZEDM from companies based in Spain, Italy, China, Russia, France, Vietnam, Brazil, Mexico, the Netherlands and Canada, Igarza’s office said in April.

Last month it was revealed that Spanish company Hotelsa, which produces and markets food and beverage products for the hotel industry, would be the first foreign firm to build a factory in the ZEDM.

The Cuban government envisions the Mariel Special Development Zone, which provides favorable tax conditions for foreign firms and is the first of its kind on the Communist-ruled island, as an engine for job and export growth and a magnet for foreign investment. EFE