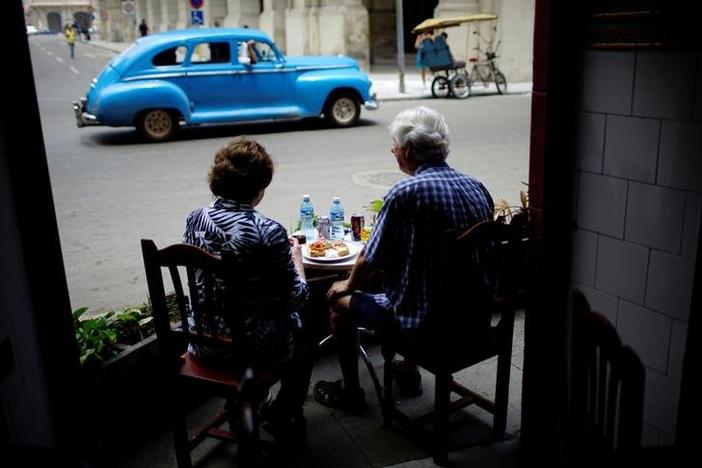 Cuba earned more than $3 billion from tourism in 2016 and expects to better that this year despite President Donald Trump’s tightening of restrictions on U.S. travel to the Caribbean island, a government official said on Wednesday.

“In 2016, revenue reached more than $3 billion in all activity linked to tourism in the country,” Jose Alonso, the Tourism Ministry’s business director, told state-run media.

“We think that, given the growth the country is seeing at the moment, we will beat that figure this year,” Alonso said.

The number of foreign visitors to Cuba was up 22 percent in the first half of 2017 compared with the same period last year, according to Alonso, who said that put it on track to reach its target for a record 4.2 million visits this year.

Tourism has been one of the few bright spots recently in Cuba’s economy, as it struggles with a decline in exports and subsidized oil shipments from its key ally Venezuela.

A surge in American visitors has helped boost the sector since the 2014 U.S.-Cuban detente under the Obama administration and its easing of U.S. travel restrictions, even as a longtime ban on tourism remained in effect.

But Trump earlier this month ordered a renewed tightening of travel restrictions, saying he was canceling former President Barack Obama’s “terrible and misguided deal” with Havana.

Many details of the policy change are still unknown. But independent travel to Cuba from the United States, by solo travelers and families, will likely be much more restricted.

Alonso said he was confident “an important number of Americans” would still be able to visit the island. But an announcement by Southwest Airlines Co (LUV.N) on Wednesday that it was reducing its number of flights to Cuba cast shadow over his upbeat comments.

“There is not a clear path to sustainability serving these markets, particularly with the continuing prohibition in U.S. law on tourism to Cuba for American citizens,” Southwest said in a statement.

Southwest joined other U.S. airlines that have cut flights to Cuba over past months or pulled out of the market altogether.