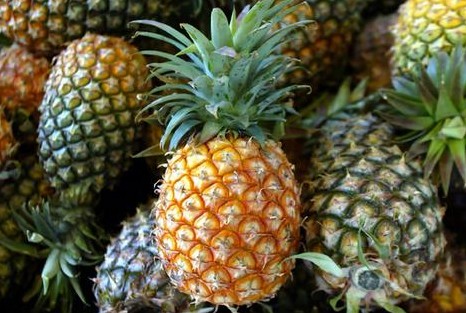 CUBA has entered the European fruit market by exporting 500 tonnes of pineapples to Italy and France this year.

According to the Granma on Thursday, Fernandez said from January through September, 2014, over 500 tonnes of fresh fruit were exported to Italy and France surpassing the targets for the year with exports expected to continue for the remainder of the year.

“After several years of absence from the international market, pineapples from the Cuban province of Ciego de Ávila have entered the European market with the prospect of increased exports thanks to demand for the fruit,” he said.

Fernandez said the exporting initiative was realised by farmers from state enterprises and the cooperative sector making up the Empresa Agroindustrial de Ceballos. He said Entity was the only company in Cuba equipped for such exports.

Fernández said the company expected to extend exports to other European countries where the size, sweetness and other qualities of the fruit have sparked interest.

“This variety of pineapple known as MD-2, was brought to Cuba from Costa Rica and is exclusively grown in Ciego de Ávila,” he said.

Fernandez said the crop yield was on average 89 tonnes per hectare which was three times that of the Española Roja variety, which is the most commonly grown in Cuba.

He said while the company had a fruit processing plant, which included clearing, fumigation, drying and other processes, pineapple was exported with its crown to protect it and ensure the best quality.

Fernandez said the supply of the fruit to the foreign market and also to tourist centres across the country had provided important monetary income which had enabled continued cultivation and the acquisition of other supplies.

Ciego de Ávila has more than 500 hectares dedicated to the cultivation of the MD-2 and Española Roja pineapple varieties.