HAVANA, Cuba, April 25 (ACN) Cuba demanded at the UN General Assembly the setting up of a fair and equitable system of economic relations, as a key factor to guarantee international peace and security. 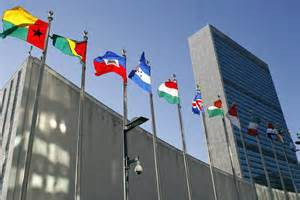 The elimination of inequalities among the nations and the deep gaps between the North and the South is crucial to advance towards progress, said Cuban diplomat Emilio Gonzalez during a debate on relations between peace, stability and development.

A real analysis of these issues must also consider other factors, such as the interference with the domestic affairs of the states, violations of sovereignty, subversion, media war and double standards currently being used by some superpowers against developing nations, the diplomat noted.

Peace and security can only be achieve with acceptance and respect of different democratic models and the sovereign rights of the nations to freely choose their own juridical, political and economic systems, Gonzalez said during the forum, which is the fourth of its kind organized by the UN General Assembly to draw up the post 2015 sustainable development agenda.

This agenda will replace the Millennium Development Goals next year and according to Gonzalez it must concentrate on sustained economic development, social progress and the preservation of the environment.