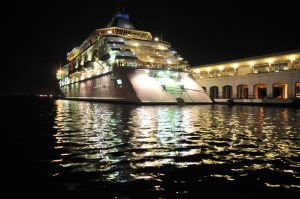 CUBA STANDARD — Anticipating its return to Cuba next winter season, Calgary-based Cuba Cruise is offering a 25-day repositioning sailing from the eastern Mediterranean to Cuba in November.

This is the second season for the cruise line’s around-Cuba tours.

The Louis Cristal, owned by Cyprus-based Louis Cruises, will be home-ported again in Havana, beginning Dec. 22. Stops of the seven-day cruise include Punta Francés on the Isle of Youth, Cienfuegos, Montego Bay, Santiago de Cuba, Holguín and Havana.