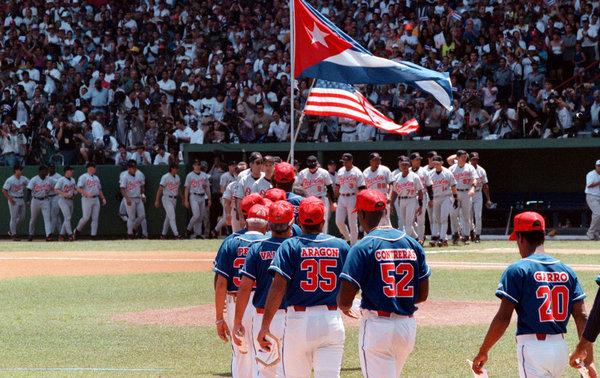 Havana, Feb 20 (Prensa Latina) The Cuban Baseball Federation (FCB) confirmed today that friendly matches have been scheduled to be played by a Cuban team and a university team from the United States, in North Carolina on July 1-6.

Cuba is getting ready for those matches, which are an important point in our international agenda for this season, also including many other commitments, spokesperson for the FCB, Antonio Diaz Susavila told Prensa Latina.

This exchange is very important because of its historic value, the expectation it raises among the fans, its function in training for other events, and of course, the US baseball quality, though they are coming with university teams, he added.

These type of matches between Cuban and US baseball teams started three years ago after a break of over five years.

The FCB and USA Baseball had announced the continuation of the matches in the US organization’s website.

“It is exciting to bring the national team of Cuba to North Carolina for five competitive, entertaining games in Cary, Durham and Charlotte this summer, “said Executive Director of USA Baseball, Paul Seiler.

“We are on the fourth consecutive year of this friendly matches between these two baseball powers and this is very positive, said World Baseball and Softball Confederation executive, Cuban Antonio Castro.

The matches will be opened and closed in the US National Training Complex, in Cary.

The Durham Bulls Athletic Park will host the second and third matches and another match will be played on July 4th at the BB&T Ballpark or Charlotte Knights stadium.