Cuba and the US, progress amid differences 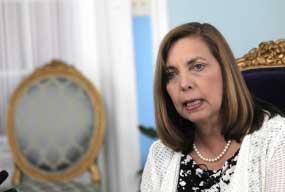 Marked by deep differences and more than half a century of estrangement, Cuba and the United States are moving towards the resumption of diplomatic relations and cooperation on issues of common interest.

The announcement of the Presidents Raul Castro and Barack Obama, on 17 December, to work according to the bilateral approach opened a new era between the two countries, waiting step to reach the normalization of ties.

What we have done in these last four months can be considered an improvement, said to Cuban journalists here the head of the delegation of the island to Havana-Washington talks to restore diplomatic ties, Josefina Vidal.

Since 22 January, teams of both nations hold meetings to clear the way for the opening of embassies and normal operation, in line with the Vienna Conventions of 1961 and 1963, governing diplomatic and consular relations.

The day before, the parties concluded at the State Department a meeting devoted to the issue, and agreed to continue contacts to achieve the goals set by the leaders.

Every time we talked we progress, and we are much closer to the restoration of ties, agreed the assistant secretary of state for Western Hemisphere Affairs Roberta Jacobson, who heads the US delegation.

Jacobson described as highly productive talks held over two days in the US capital and welcomed the commitment shown by both groups responsible for driving the process.

According to Vidal, progress is palpable, ‘because when we started talking in Cuba in January range of topics debated was much broader. ”

The exclusion of our country from the list of sponsors of terrorism, and the need to solve the banking situation Session Interests Section in Washington are solved or close to its solution issues, she said.

Sources close to the talks to resume some broken links in 1961, by decision of the White House, say that advances are also important in the particular the referred to the embassy once opened and behavior of its staff in line with international instruments.

The reciprocal movement restrictions applicable to diplomats from both countries have occupied space in the contacts, especially from the US claim of greater freedoms within the island.

In this regard, Cuba emphasizes the need to reopen embassies under strict adherence to the Vienna Conventions, which means that American diplomats stop fomenting internal subversion, destabilization programs covered labeled under the label of ‘the people contacts people ‘.

The basis of our discussions on the subject is the application of the Vienna Conventions, an area in which there is also progress, Jacobson said.

However, it appears that any matter relating to the functioning of diplomatic missions hinders the realization of restoring ties and opening them, but the parties rule out going into details.

Both Vidal as Jacobson forward to the next contact address this issue, but without clarifying whether it will be through a new round of talks, or by the agreed channels for the exchange of ideas and opinions.

Public meetings are not the only way to talk, you cannot think that just talk when we are, we maintain a fluid communication, said the director general of the United States office of the Cuban Foreign Ministry.

The dialogue between equal and reciprocal treatment explain the progress made by Cuba and the United States at meetings to restore ties.

“We’ve gotten to this point because we treat them as equals,” said Vidal, who added that both nations have learned to speak, despite the differences, many deep said.

We talked with professionalism and respect, without appreciating our counterpart manifestations present still in the rhetorical level, it takes time to change, he said.

The Cuban official said that Washington is still listening phrases ‘that remind us of where we come from, the policy is still in place,’ but that scenario is apparently absent from the talks.

Another sign of the new scenario are the increasingly frequent meetings at technical level to discuss matters of mutual interest, key to normalizing ties, but for this to happen the island demands the cessation of the blockade, returning the occupied territory of Guantánamo the naval base and an end to illegal radio and television and the destabilization plans.

Soon we will begin to address issues of health and implementation and enforcement of the law, she announced.

The approach on issues of interest to both countries occurs in parallel to the process, to restore diplomatic relations and open embassies in the respective capitals.

Technical meetings are marching properly, has been boosted since the December 17 discussion of issues already on the agenda, while new areas have been opened, Vidal said.