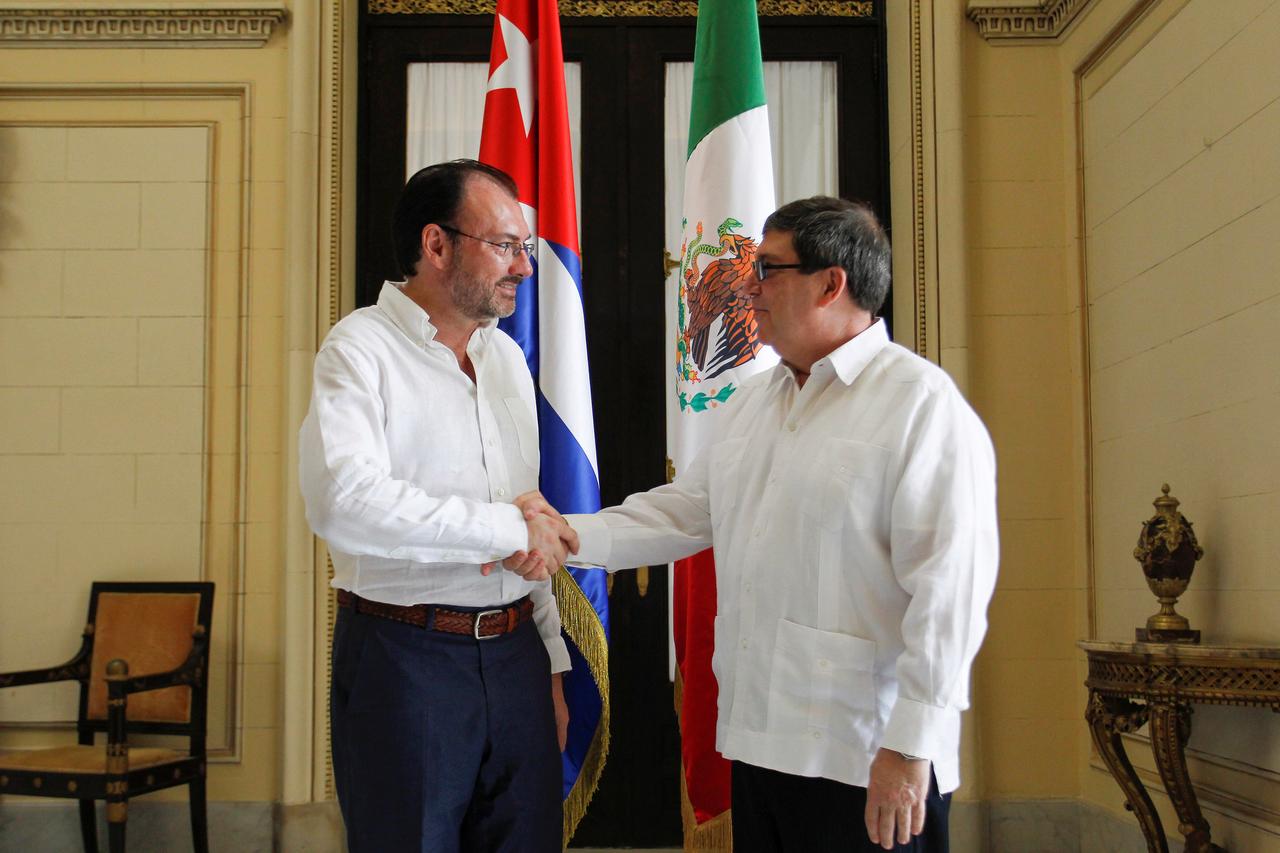 Havana also thanked the Mexican foreign minister for his country’s rejection of the U.S. blockade.

Cuba’s Foreign Minister Bruno Rodriguez and his Mexican counterpart Luis Videgaray have said both nations are willing to strengthen bilateral relations during talks in Havana.

They met at the headquarters of the Cuban Ministry of Foreign Affairs during the first day of Videgaray’s visit to the island.

Cuban state media reported that the ministers emphasized how the two countries have shared positive bilateral ties since 1902 and agreed to continue reinforcing their links.

The Ministry issued a statement after their talks which said, “In a climate of cordiality, both chancellors discussed the progress on political and economic relations between their respective countries (and) issues on the international agenda”.

Reuters news agency is reporting that a senior Mexican official briefed about the trip said Videgaray is also hoping discuss Venezuela during his visit.

The Cuban foreign minister said at the meeting that there is great potential to continue developing their links, forged through history, culture and friendship.

Rodriguez also noted that Mexico is Cuba’s third largest trading partner in the Latin America-Caribbean region and the sixth in the world.

In 2016, bilateral trade between the two nations stood at US$334 million. US$324 million of which came from Mexican exports, according to data from the Mexican Foreign Ministry.

In addition, the Cuban minister thanked Mexico for rejecting the economic blockade imposed by the United States on Havana.

For his part, Videgaray said his country will expand and strengthen relations with the island by developing academic, cultural, educational, commercial, research and investment exchanges.