Cuba: “A society of engineers” 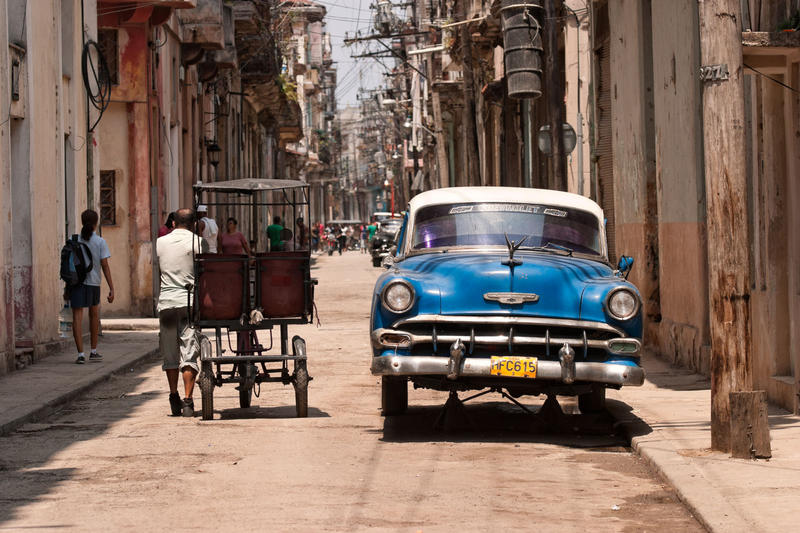 In most circles, Cuba is known for cigars, the Bay of Pigs, and an uncomfortably close brush with nuclear warfare. In scientific circles, Cuba is also known as a leading producer of vaccines, the home of some of the Caribbean’s healthiest coral reefs, and an incredibly difficult place to pursue research.

Limits on travel and trade, combined with a 1997 environmental law that protected an impressive 25 percent of Cuban coral reefs, have granted Cuba’s coral reefs some escape from the devastation that reefs elsewhere in the Caribbean have faced. Now, scientists worry that efforts to normalize relations with Cuba could lead reefs there to the same fate as their nearby neighbors. They’re trying to learn the secrets of Cuban coral reefs before it’s too late.

But it’s not easy to do cutting edge science in Cuba. Cuban scientists face an average paycheck of just $1 per day, limited grant funding, and a dearth of modern research amenities. American scientists wishing to work in Cuba can’t use government funding and have to take virtually everything they’ll need with them. For Amy Apprill, a marine microbial ecologist at Woods Hole Oceanographic Institution, that meant her team of six carrying more than a dozen pieces of luggage and thousands of dollars in cash.

The University of Havana does have a research vessel, but it’s a (concrete) former shrimping boat with limited bunks, one bathroom, no air conditioning, and no real laboratory space. Apprill says they set up experiments wherever they could, and slept on deck.

For all the hardships, Apprill says Cuba is an eye-opening and inspiring place to work. She calls it “a society of engineers,” citing the creative mechanics who keep flotillas of 1950’s-era cars on the road, and the dedicated scientists who cobble together gadgets and find original ways to contribute to their fields. Apprill says that, since their return from Cuba, she and her research group have started looking around the lab for ways to salvage and re-purpose equipment and materials they previously would have thrown away without a second thought. Her children have even coined a new term for such reusables: good garbage.

While Apprill and other American scientists hope normalizing relations will allow them to build collaborations and better train Cuba’s scientists, Apprill says it’s far from a one-way street. There’s a lot that Americans could learn from Cubans.