Crist And Cuba: Is Florida Ready For An Embargo Reversal?

By Kelley Mitchell and Tim Padgett 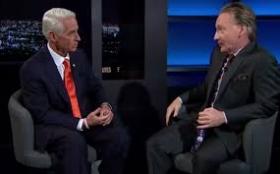 What does Charlie know that we don’t know?

In an interview with WLRN, Crist insisted his changed stance is a matter of common sense.

“After a period of time it has … become obvious that [the embargo] is not working,” said Crist, who in 2010 said he supported the embargo and called it “responsible” policy. “It’s pretty obvious to me that we need to change what we’re doing.”

At first glance, Crist’s shift (his critics are calling it another of his notorious flip-flops) doesn’t look all that hazardous. After all, just days after he unveiled his anti-embargo position on HBO’s Real Time With Bill Maher, the Arsht Latin America Center of the Atlantic Council released a major new poll last week showing most Americans – and about two-thirds of Floridians – think it’s time to normalize relations with Cuba.

Crist called the poll an “inspirational” validation. Yet that still doesn’t mean it’s hurricane-safe for a Florida gubernatorial candidate. Most Floridians may now want to engage Cuba, but they don’t feel nearly as passionately about it as the state’s hard-line Cuban exile voters feel about keeping the embargo in place.

Despite its advancing age and declining numbers, that hardcore exile cohort can still be an electoral force when it’s riled. And come November, few things will mobilize Little Havana like the thought of an embargo-hater enthroned in Tallahassee. Even if the Governor of Florida doesn’t conduct foreign policy, the symbolism alone – which could influence Washington – would be intolerable for the exile lobby.

The embargo is not working. It’s pretty obvious to me that we need to change what we’re doing. – Charlie Crist

Other top Florida Democrats – including Senator Bill Nelson and Congresswoman Debbie Wasserman Schultz, who also chairs the Democratic National Committee – are all too aware of what can happen to a politician who pokes that hornet’s nest.

So since Charlie is poking it, what’s his calculation? Crist, as most politicians do, says there is none. The embargo, he told WLRN, hasn’t just failed to dislodge the Castros from power or improve their dismal human rights record; it has in the process exacerbated Cubans’ misery. “You’ve got to be the concerned about the people of Cuba,” he said. “Their plight and their lives and their suffering.”

In the past, Crist added, “when we have engaged constructively” with authoritarian foes like the Soviet Union, “we have been relatively successful.”

But politicos usually don’t go out on a campaign limb like this unless they see a net below. Crist’s confidence might be explained by the belief among Floridians, indicated in the Arsht poll, that dropping the embargo (as well as the ban on U.S. travel to Cuba) would mean an economic boon for the state, which sits just 90 miles from Havana.

Or it may well stem from the fact that a majority of Cuban-Americans themselves told the Arsht pollsters they want broader U.S. engagement with Cuba. For the past decade, younger and more moderate-thinking Cuban-Americans have been stepping to the fore – and the 2012 presidential election proved they’re finally stepping into the voting booth too.

“The exit polls suggest anywhere between 45 and 55 percent of the Cuban vote in Florida went to [President] Obama,” says Kevin Hill, a political science professor at Florida International University who follows the Cuban community. “The generational divide is definitely making itself felt, and for Cuban-Americans under 50, the embargo just isn’t that important.”

Or perhaps it springs from the knowledge that Latinos, the nation’s most important swing vote, strongly support a change in Cuba policy. That too was borne out unequivocally in the Arsht poll, and it points up an uncomfortable fact for pro-embargo Cuban exiles: Cuban-Americans account for only 3 percent of the U.S. Latino population – and non-Cuban Latinos are finally starting to vote in meaningful numbers.

Latino voters, in fact, carried Obama to victory in Florida in both 2008 and 2012 – giving him a sizable 61 percent two years ago. A new maxim may have emerged for Florida politicians like Crist as a result: If Latinos are for it, it’s probably good territory to claim.

Even so, Crist faces a brutal barrage from exiles, who insist that lifting the embargo would simply reward a regime that systematically violates human rights. Crist said he’s ready for it: “I’m a patriot and I believe in freedom. But…I think I have an open mind.”

Crist’s bipartisan mentality so angered the GOP’s ultraconservative Tea Party wing in 2010 that it cost him his Senate bid and ultimately prodded him to bolt to the Democrats. He’s betting his new stand on the embargo reflects not just an open mind but a politically shrewd one.