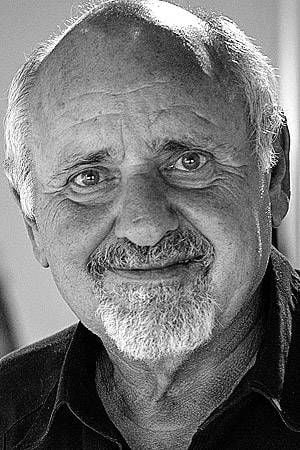 Stuart Ashman is Executive Director and Chief Curator of the Center for Contemporary Arts and former New Mexico State Secretary of the Department of Cultural Affairs.

I had the good fortune of spending my childhood in Cuba, my parents having emigrated there from Eastern Europe in the late 1920s. Over the past three decades, I have traveled there dozens of times and have always felt that the issue of our relationship with this island nation and its people should be at the forefront of U.S. foreign policy.

Recent changes to U.S./Cuba policies include the failure to name a U.S. ambassador to Cuba and the removal of consular personnel from the U.S. Embassy in Havana for unsubstantiated reasons. These actions not only have a detrimental effect on the relationship between the two countries but further the suffering imposed upon the Cuban people by the already oppressive embargo and outdated travel ban.

The closing of the consular section forces Cubans who have relatives in the United States to travel to a third country to apply for their visa to come to the U.S. In addition to the formidable cost in money and time, there is no certainty that their visas will be approved.

For example, a mother who lives in Havana and has a son and grandchildren in Miami now has to travel to Colombia or Mérida, Mexico, to go to the consular offices there. When she arrives in the third country, she requests an appointment for an interview. This could take up to two weeks. If she is successful and is granted a visa, she has to return to Cuba and then arrange for travel to Miami.

Imagine a two-to-three-week trip to a third country, with no guarantees, in hopes of visiting your family just 90 miles away.

This action and many other prohibitions for Americans to travel to Cuba are an underhanded step by the current administration taken in order to undermine the Cuban government, the goal of a very small but powerful Cuban/American lobby in the U.S. The result, however, adds considerable hardship to the Cuban people and their families living in Cuba.

Although travel to Cuba is still possible, there are many new restrictions on travel affecting Americans trying to visit Cuba that include the prohibition of staying at a number of hotels and engaging with businesses owned by the Cuban government. The result has been a lot of confusion and a dramatic reduction in U.S. visitors to Cuba.

The greatest impact of this action is to the people who work at these businesses — all Cubans trying to make a living and support their families. One of the most egregious regulations for travel has the following language: “Help promote the Cuban people’s independence from Cuban authorities.” Imagine if a criterion for travel to the United States by another country read: “Help promote the American people’s independence from United States authorities.”

Anyone who has traveled to Cuba has seen the beauty of the island and felt the warmth and vibrancy of the Cuban people and their desire to interact with Americans.

Unfortunately, President Donald Trump, advised by Sen. Marco Rubio, R-Fla., and others, has taken steps that injure our relationship with Cuba and, most importantly, its people. Rather than move forward with the steps taken by the Obama administration, the president has taken us backward to the days of the Cold War mentality.

Although a steel or concrete wall can’t be built across the Florida straits, the administration began the construction of an economic and inhumane virtual wall that has impeded visits from Americans to Cuba and makes it very difficult for Cubans to visit their families in the United States. I don’t think these actions are in keeping with Americans’ values.