CIA Head Admits Having Inspired US Sanctions Against Venezuela 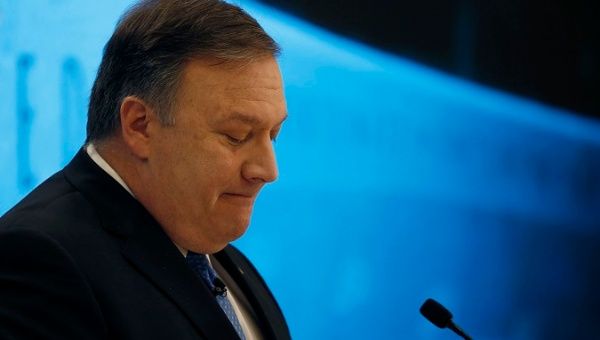 The second and third round of sanctions were directly inspired by CIA reports that Donald Trump ordered before making decisions.

Jan 23 (teleSur) CIA Director Mike Pompeo admitted Tuesday that his office was behind some of the U.S. sanctions adopted against Venezuela’s government.

In a conversation following a conference at the American Enterprise Institute, the moderator asked Pompeo to enumerate some examples of the CIA reports that have drawn the attention of U.S. President Donald Trump.

Trump “was not satisfied with the description of the situation we had presented,” responded Pompeo.” “He wanted more clarity about some financial matters, about who had economic power.”

As a result, the CIA produced another round of reports on Venezuela, and “the second or third series of sanctions obeyed to our recommendations,” he said.

Assets that are subject to U.S. jurisdiction are being frozen, and U.S. citizens will be generally prohibited from dealing with the officers, the department said in a statement.

In the announcement, Treasury Secretary Steven Mnuchin also called on the international community to stand with Washington on the sanctions, Xinhua reports.