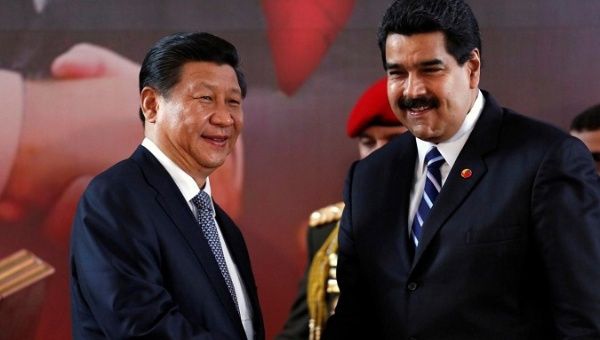 Venezuelan officials said Chinese cooperation opens up alternative networks outside the sanctions of the United States.

The Development Bank of China has approved a loan of US$5 billion for Venezuela to increase petroleum development, Prensa Latina reports.

These funds will allow Venezuela to upgrade the development of its key industry, as well as expand China-Venezuela cooperation.

Such ties, Zerpa said to Prensa Latina, make it possible to establish alternative international trade networks and financial systems that open up possibilities of economic cooperation beyond the framework of the United States, which has attempted to strangle Venezuela with economic sanctions.

Zerpa, who is personally sanctioned by the U.S. Treasury Department, is currently meeting with Chinese officials in Beijing and will continue to hold financing talks this week.

Venezuela’s oil output has been falling in recent years, reaching an all-time low of 1.36 million barrels per day in June, causing significant budget problems for the oil-dependent nation.

The drop in production has in part been blamed on corruption within the public firm, with eleven top executives the latest arrested last week in a wide-reaching anti-corruption probe.

Equally, falling production levels have also been attributed to a lack of infrastructure investment. Last month, a workforce of concerned technicians from other industries offered a “volunteer” maintenance and repair operation in the Paraguana refinery, highlighting the personnel and upkeep problems in the state-run PDVSA oil firm.