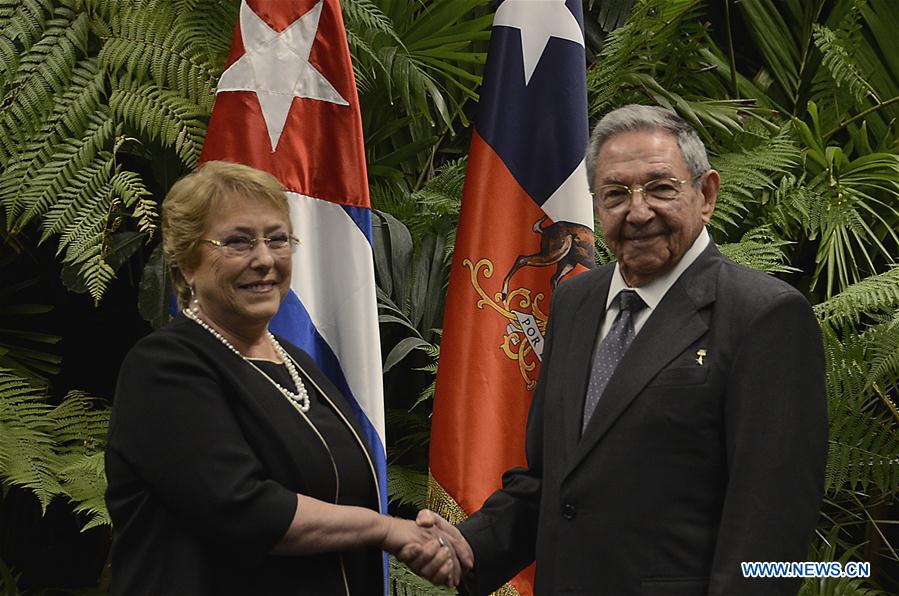 Havana, Jan 9 (Prensa Latina) New perspectives to expand links between Cuba and Chile seem to open today after the official two-day visit of the president of the South American country, Michelle Bachelet to the island, where she advocated for strengthening the bilateral links in trade.

During a business forum held the eve where joint business opportunities were evaluated, Bachelet highlighted the Chilean interest in exploring possibilities open in this nation for direct foreign investment.

The event was inaugurated by the Cuban minister of Foreign Trade and Investment, Rodrigo Malmierca, and the head of State, who recalled that in a few weeks her mandate will end.

Nevertheless, she expressed confidence that Chile’s presence in Central America and the Caribbean, particularly in Cuba.

Bachelet said that among the positive aspects there is the strengthening of bilateral instruments, the constitution of a business commission Cuba-Chile and the signing of the third protocol of economic complementation.

Those approaches, together with the new Cuban foreign investment law and the creation of the Special Development Zone of Mariel, create attractive conditions

To expand joint business, she referred.

Also, this Monday the head of State visited the teaching school President Salvador Allende, where she asserted that cooperation with Cuba is a sample of the existing solidarity between two peoples with the common hope of growing with justice and equity.

We remember and thank the help of the Caribbean people to my country in difficult moments and this gives us an additional reason to reinforce the instances of aid following the road of reciprocity on which South-South cooperation is based, she said.

Bachelet explained there exists a cooperation program (2015-2018) with the greater of the Antilles and such agreenent focuses in agriculture, lifestock, construction and health.

The initiatives are bilateral and triangular and collaboration has two essential components: technical assistance and formation of human resources, she said.

This Monday Bachelet also exchanged in Havana with artists and intellectuals of the island and attended the signing of a cooperation agreement in the audiovisual field, between the National Council of Culture and Arts of Chile and the Cuban Institute of Art and Cinematographic Industry.

According to the signatories, the agreement reflects the aspiration shared by the cinematheques of both countries to recover and conserve the audiovisual patrimony.