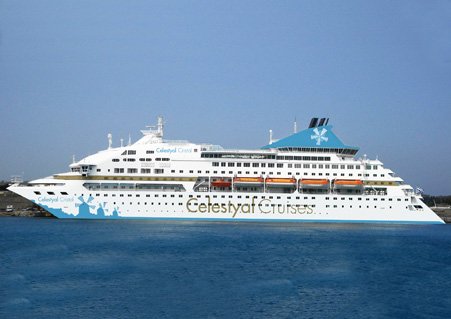 Celestyal Cruises’ Cuba Cruise is pleased to present its new People-to-People Cruise & Land itinerary in Cuba! As the only cruise line currently sailing to many ports in Cuba, Celestyal Cruises is pleased to celebrate its third sailing season with a novel 7-day itinerary that circumvents the country, visiting amazing ports of call, including: Havana, Santiago de Cuba, Cienfuegos, and Maria la Gorda.

In a special reception hosted by Celestyal Cruises to inaugurate the company’s third year sailing to Cuba that was attended by ambassadors and diplomats from several countries, including the USA, as well as Cuba Port authorities, Captain Giannis Fountoukas addressed attendees, stating that “this cruise season has been expanded to an entire month and 17 departures, up from 13 last year, thanks to the increasing interest of passengers, particularly cruisers from Canada and the USA, who have responded to the product with enthusiasm. This year Cuba Cruise is promoting its product in North America as a complete, all-inclusive proposition comprising five shore excursions and our All-Inclusive Drink package. The cruise will embark every Monday from Havana, and every Friday from Montego Bay, for the duration of the season. With 12,000 bookings and confirmed passengers to date, we are expecting our third season to be our most successful so far.”

“We are committed to Cuba and to expanding our operations here,” Captain Fountoukas continued. “We expect a surge in the number of visitors to Cuba who are keen to travel beyond the resorts, who want to get a real sense of this incomparable island. In response, next year we will offer 22 departures, five more than this year, with the Crystal deployed for almost half of the 2016-2017 operation. We couldn’t be more excited.”

Below is a glance at the day-to-day itinerary for Cuba Cruise by Celestyal Cruises’ people-to-people program introduced this sailing season departing from Montego Bay, Jamaica (travelers can also opt to start and end their cruise in Havana):

DAY 1 – EMBARKATION IN MONTEGO BAY
Travelers arrive and board Celestyal Crystal in Monego Bay, Jamaica. This lush island is home to congenial fishing villages, pristine waterfalls, seaside villages, wetlands harboring endangered crocodiles and manatees, and reggae music, which was born here in the 1960s. Back on board in the afternoon, Professor Jorge G. Arocha, a Professor of Philosophy at the University of Havana, the oldest university in Cuba and one of the first in the Americas will dazzle travelers with a talk about visual arts in Cuba, featuring a number of distinctive trends have emerged in Cuban visual arts with references to themes and characters based on the Afro-Cuban culture. Later in the evening, it’s salsa time! Professional Cuban dance instructors take travelers through all the salsa steps then they get to try them on their own.

DAY 2 – SANTIAGO DE CUBA
Today Santiago de Cuba, the second-largest city in Cuba, awaits. During the Panoramic Santiago tour, travelers meet with Dr. Martha Cordié Jackson, a historian and the director of the African Cultural Center “Fernando Ortiz.” Following, they enjoy a dance performance and interaction with the performers. Next is a visit a memorial to Antonio Maceo, San Juan Hill, and the Moncada Barracks. After the tour, adventurers may return to the ship for lunch or head to the colonial central square of Santiago for more exploring. The afternoon on board greets guests with Cuban history as Professor Jorge G. Arocha takes them from the discovery of the Caribbean by Christopher Columbus through the Cuban-Spanish-American War, followed by a meet and greet with our Cuban staff for a personal interaction. Travelers get ready to rumba tonight as Celestyal’s Cuban dance instructors take them through the steps during the first 15 minutes of class, and then turn them loose on the dance floor.

DAY 3 – FULL DAY AT SEA
Program on board
This day at sea offers travelers an amazing array of experiences to enjoy! A Cuban cooking lesson, gives guests a chance to discover some of the many “gems” of Cuban Cuisine. A presentation about Cuban cigars shows how the country’s beloved “Habanos” are produced. Travelers will learn about the Cuban people in a culture-focused lecture. There is also a talk about the fascinating history of Cuba’s national drink, rum. As well as a presentation about what makes Cuba unique from the Spanish spoken in Cuba, her literature, her music, her cuisine. Tonight it’s time to cha-cha!

DAY 4 – HAVANA
This morning travelers arrive in Havana, city that has given the world mambo and salsa, mural paintings, Cohiba cigars, Havana Club rum…Havana is the heart of Cuba, and it beats with unstoppable, celebratory passion. Today, guests enjoy, a guided tour that takes you by Paseo del Prado (the Promenade), the Grande Teatro de Havana and the Capital Building. A visit to the Plaza de la Revolución takes travelers to the location where May Day marches, political speeches, and Papal masses have taken place. Guests can take photos at the Jose Martí Memorial and the National Library and visit San José Market for authentic Cuban souvenirs from artists, craftsmen and vendors. Later, one can opt to return to the ship for dinner or stay ashore and sample more of the restaurant scene and famed nightlife shows such as the Tropicana or Buena Vista Social Club performances in Havana.

DAY 5 – HAVANA
This morning travelers learn about “Cuba’s Unconventional Musical Instruments” at an insightful talk on the topic where a Cuban musician will demonstrate a number of Cuban instruments, including bongos, the claves and the tres, Cuba’s famed three-string guitar. Next is a vibrant Afro-Cuban dance performance by a group of local artists from the Municipal Museum of Regla. Travelers have the opportunity to disembark and continue exploring Havana, strolling along the cobblestone streets of Old Havana or seeing impressive classical and modern art at the Museum of Fine Arts and so much more! Back on board, Professor Arochafor offers a fascinating presentation about Cuba’s unique ecosystem and its thousands of species of plants and animals. Later travelers will enjoy a potpourri of Cuban dances and live Cuban music!

DAY 6 – MARIA LA GORDA
Maria la Gorda welcomes travelers as they venture on an excursion to the nature preserve of Cabo San Antonio, named a biosphere reserve by UNESCO in 1987, and walk through ecological paths that feature a wide variety of endemic flora and fauna. This afternoon back on board join a lecture about the history of modern Cuba awaits. Next, travelers get their savory juices flowing with an authentic Cuban cooking demonstration led by Cuban chefs on how to prepare festive Cuban dishes, with a focus on fresh ingredients and ease of preparation. Tonight it’s Mambo time! The mambo is a fast ballroom dance of Cuban origin – it’s rhythmically similar to the rumba and cha-cha-cha, but its pattern of steps is more complex. Guests should don their dancing shoes and take a whirl on the dance floor guided by Celestyal’s Cuban dancers.

DAY 7 – CIENFUEGOS
Today guests will explore Cienfuegos, “the Pearl of the South,” that was founded in 1819 and is situated on the Caribbean coast of southern-central Cuba at the heart of the country’s sugar cane, mango, tobacco and coffee production area. The tour includes a visit to the University of Cienfuegos, the Plaza de Armas, the Teatro Thomas Terry and the Graphic Society of Cienfuegos, where they will view prints and meet with the artists. Travelers can opt to return to the ship for lunch or stay in the Plaza de Armas to explore on their own. This afternoon, a talk on the Musicality of the Cuban people awaits where Professor Arocha will discuss the African and European influences in Cuban music. This evening Celestyal’s Cuban mixologists will teach guests how to make the best Cuban cocktails, including the mojito, while taking them through the rituals, stories and urban myths behind these drinks. Tonight, guests can dance the night away to cha-cha-cha, mambo, and salsa beats.

DAY 8 – MONTEGO BAY
After breakfast, instead of saying adios…travelers will want to say hasta pronto- meaning “until soon” as they bid farewell to this culturally rich people-to-people experience by sea around Cuba. Guests will disembark the ship and head to the airport for their flight back home.

About Celestyal Cruises
Celestyal Cruises is the only home porting cruise operator in Greece and the preeminent cruise line for the Greek Islands and Turkey. Celestyal Cruises’ new brand, Cuba Cruise, provides passengers with an authentic Cuban cruise experience, the best of Cuba on impeccable eight-day voyages.

At the 2015 Greek Tourism Awards, Celestyal Cruises was awarded a Gold Award for Themed Events, a Silver Award for Contribution to the National Economy, a Silver Award for Contribution to Local Economies and a Bronze Award for Promotion of Local Cuisine. Since 2011 Celestyal Cruises has been a member of Cruise Lines International Association (CLIA), a worldwide cruise industry alliance that promotes a safe, secure and healthy cruise ship environment.

The Celestyal logo evokes the sea, the sun and the wind. It reflects the company’s commitment to its Hellenic roots, and to supporting the economy and preserving the environment of each destination it visits. For more information, please visit CelestyalCruises.com.

For the original version on PRWeb visit: http://www.prweb.com/releases/2016CubaCruise/02P2PCelestyal/prweb13210310.htm