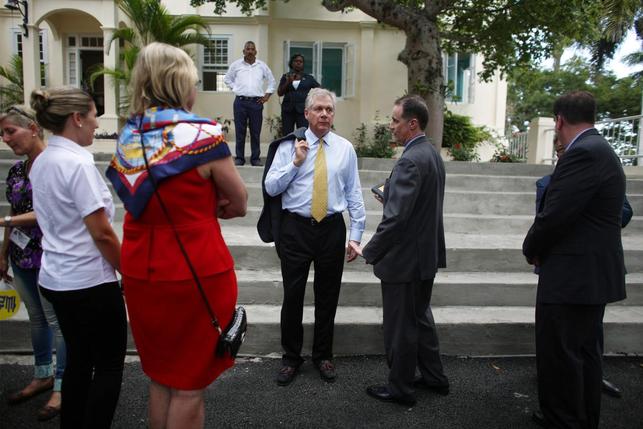 (Reuters) Caterpillar Inc, the world’s largest maker of heavy equipment, is ready to move swiftly into the Cuban market once the U.S. trade embargo is lifted, Chief Executive Doug Oberhelman said on Wednesday after meeting with Cuban ministers in Havana.The detente between the United States and Cuba has raised hopes that full commercial ties will soon be restored between the former Cold War foes.

Caterpillar (CAT.N), based in Peoria, Illinois, is one of several U.S. companies looking at ways to gain an early foothold in the Communist-ruled island, which had been largely off bounds to U.S. business for more than five decades.

Oberhelman said he had been “warmly received” over the past two days by various ministers on his first trip to Cuba.

“We have talked about a number of projects,” he told reporters on the sidelines of an event celebrating a donation by Caterpillar to the foundation that preserves the heritage of U.S. writer Ernest Hemingway in Cuba.

“I think the most interesting one in the near term would be the Mariel harbor … making an efficient modern harbor that competes with others around the world.”

Cuba is staking much of its economic future on the Mariel port, west of Havana, seen as a potential distribution center for the Caribbean and Central and South America.

Rimco representative Caroline McConnie said the dealer was in talks with U.S. authorities about getting a license allowing it to sell certain Caterpillar products in Cuba despite the U.S. trade embargo.

President Barack Obama and Cuban President Raul Castro agreed in December 2014 to end Cold War-era animosity and restore diplomatic relations, but the trade embargo remains in place because only the Republican-controlled U.S. Congress can lift it.

Asked when he expected the embargo to be lifted, Oberhelman said: “For me, the answer is not soon enough.”

Once it was lifted, Caterpillar could move quickly to sell products in Cuba as it is used to dealing in emerging markets, he said, speaking on the veranda of the farm just outside Havana where Hemingway lived for 21 years.

“The idea is for our dealer to set up a facility here in Cuba,” he said. “We would supply most of our products from Brazil.”