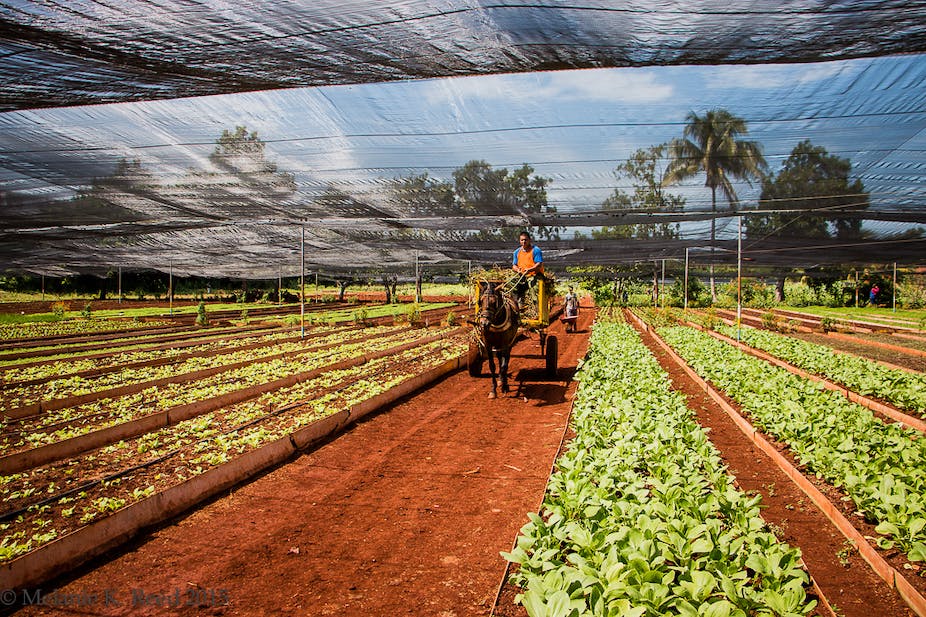 According to Hilary Syme, head of Cooperation at the Canadian Embassy in Havana, Canada and the World Food Program, along with the Cuban Ministry of Agriculture (Minag), implement a project aimed at increasing the production of beans in the municipalities Union de Reyes and Niceto Perez.

Syme told the Prensa Latina news agency that the projects will be carried out in those territories of the provinces of Matanzas and Guantanamo, in the west and east of the country, respectively.

Syme said that another project, in which the organizations Care and Oxfam participate along with the Soil Research Institute of Cuba, is carried out in five municipalities of the provinces of Mayabeque, La Habana and Artemisa, focused on the development of urban agriculture.

Meanwhile, a project was recently implemented to boost the production of fruits, to increase particularly mango, guava and papaya productions in five municipalities of the provinces of Santiago de Cuba and Artemisa, whith a $4.8-million USD investment made by Canada.

The project has been implemented by Minag, the Agricultural Business Group and the United Nations Development Program (UNDP).