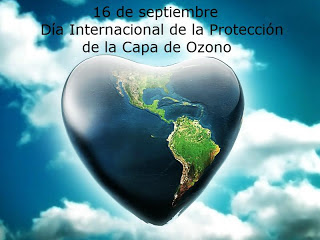 Camagüey, Sep 16. – One of the strategies of the Ministry of Science, Technology and the Environment (CITMA) in Camagüey province, some 530 km east of Havana, is to upgrade the commercial refrigeration and air-conditioning systems which use ozone-layer-depleting gases.

Yelena Estévez Armas, a CITMA specialist in this province, explained that their goal is to substitute the chlorofluorocarbons with other substances that do not harm the Earth’s Earth’s protective shield.

“Since 2009, the CITMA provincial office has been conducting an assessment of the entities which use such compounds,” she said, “and a total of 145 have been identified.” Almost half of these entities are already using green technology.

The Ministry of Domestic Trade stands out in this technology upgrading process, with a significant number of premises where air conditioners, freezers and other equipment have been replaced.

In taking this step, Camagüey province makes an important contribution to safeguard the Earth’s stratospheric ozone layer which provides protection to the environment and ensures the health of people.

Twenty years ago the United Nations General Assembly dedicated 16 September as the International Day for the Preservation of the Ozone Layer, commemorating the date of the signing, in 1987, of the Montreal Protocol on Substances that Deplete the Ozone Layer. This year the theme is “Ozone Layer Protection: The Mission Goes On.”