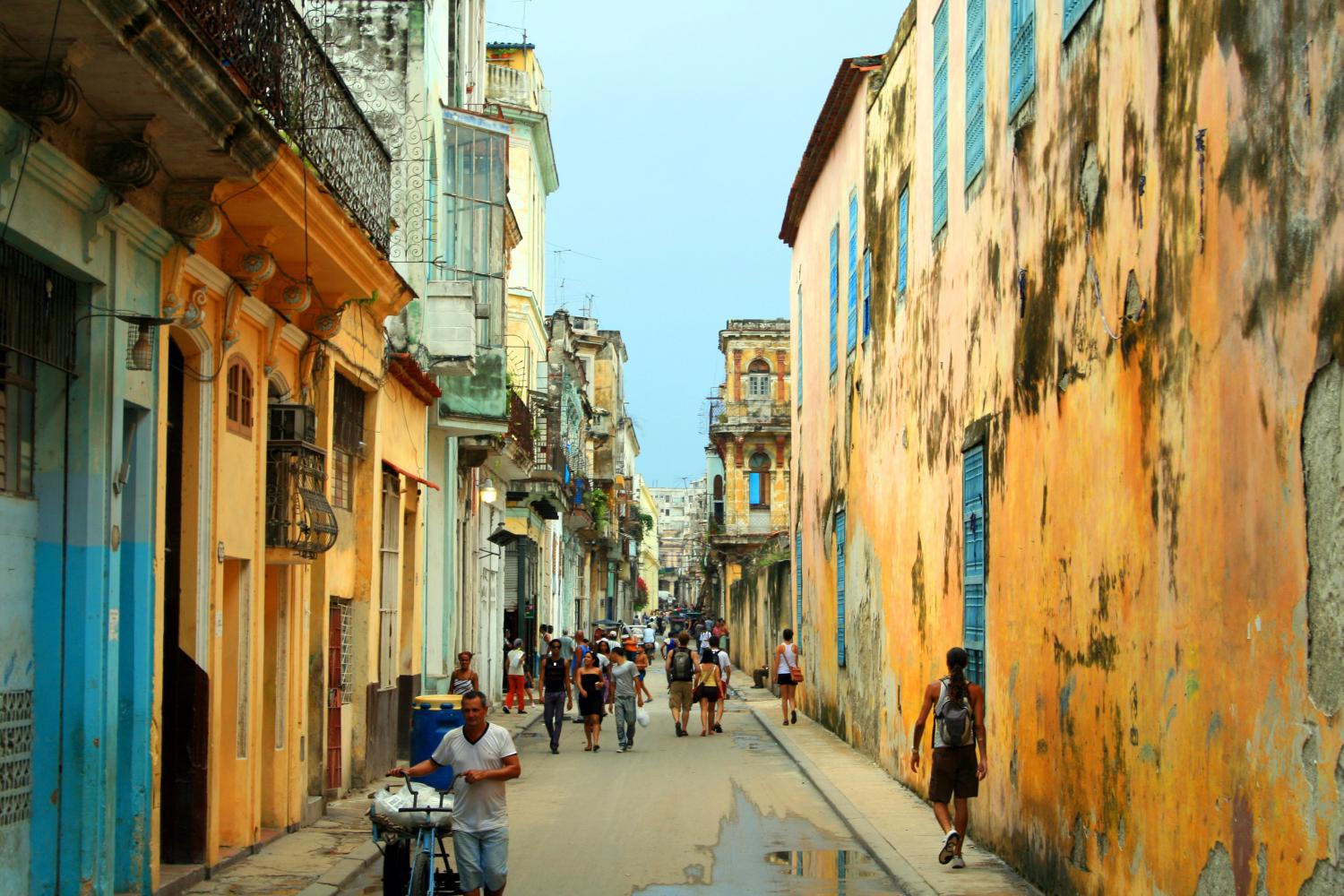 On June 30, approximately 25 Cal State East Bay students — including myself — will fly from Los Angeles to Havana, Cuba, where we will take classes in documentary film and photojournalism, and produce our own films, long-form articles and photo essays as part of a new study abroad program created by the university.

As the trip draws closer, I can feel my heartbeat speed up in anticipation of the journey, as excitement swells over me. I’m eager to experience a different culture and produce a film about the transformative experience of such a trip. For some, it will be their first trip out of the country. For most of us, it will be our first experience in a Communist country.

I have wanted to study abroad for the last two years but never actually applied. My passion for travel and experiencing different cultures started during my military service from 2009-2013. I trained in South Korea and went to the Demilitarized Zone, and saw parts of North Korean policy first-hand.

Seeing a Communist country up close can really open your eyes to how different other countries are from the United States. This is what fascinates me about Cuba: we will be fully immersed in a country with Communist roots, and experience the differences in culture, government, and foreign policy from ours. It will also be fascinating to see some of the locations my father got to see as a child when his father was stationed in Cuba with the US Navy in the 1950s, when relations between our two countries were still favorable.

During our 17-day trip, we’ll take classes on shooting techniques in the morning, and work on individual projects in film, photography, and writing in the afternoons. We will learn from well-known photojournalist Roberto Salas and hear from CNN and the Associated Press.

We will also visit the newly reopened U.S. Embassy, which was shuttered for more than 50 years. Evenings and weekends will be free for us experience Havana: Cuban food and swimming at the beach.

This trip could never have happened for the past five decades but is now possible due to steps taken by the Obama administration to strengthen U.S. and Cuba relations. According to the Council on Foreign Relations, the first of these steps took place in 2008, a few weeks after Obama took office, when he eased travel restrictions to Cuba to allow for religious or educational activities and allowed Cuban Americans to transfer unlimited funds to family members.

In 2014, Obama and Cuban president Raul Castro reestablished full diplomatic ties between the two countries, and Obama removed Cuba from the U.S. blacklist, a list comprised of terrorism sponsors.

This is a huge step from more than 58 years of tensions between our two countries. These tensions started in 1959 with the overthrowing of our US-backed government by Fidel Castro. Tensions were further worsened following the events of The Bay of Pigs invasion by John F. Kennedy and Cuba’s involvement during the Cold War.

Not only that, but we will be some of the first generation to learn and experience modern-day Cuba. We will be immersed in a mainly Spanish-speaking country with little to no American influence in the past five decades. Combined with the different governmental and political structure, studying abroad in Cuba will be a life changing experience for all of us going.