Brazilian corporation forges ahead in Cuba, despite backlash

CUBA STANDARD — When President Dilma Rousseff announced in January during the opening of a new container hub at the Port of Mariel that Brazil wanted to become a “first-rank economic partner of Cuba,” executives of one of Brazil’s largest corporations were very busy behind the scenes to make that possible.

Helped by the Brazilian government, Grupo Odebrecht is betting on Cuba, big time. Odebrecht’s commitment is underlined by the fact that this engagement may already have cost the company hundreds of millions of dollars in lost revenues in South Florida. 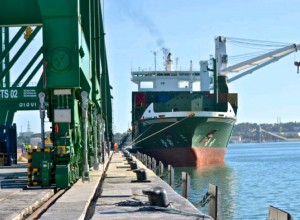 The conglomerate not only built the $957 million container terminal, and will likely be the contractor for infrastructure construction at the Mariel Special Development Zone, but Odebrecht subsidiaries are among the first companies to open shop at the 180-square mile export development zone surrounding the new deepwater port.

On Jan. 28, Odebrecht subsidiary COI  signed an agreement with Cuba’s Grupo Empresarial de la Industria Ligera to study the creation of a plastics conversion plant at the Mariel Zone. Odebrecht confirmed to daily Folha de São Paulo in January that a subsidiary is already performing feasibility studies. The company is a majority owner of petrochemical giant Braskem.

On the same day, Odebrecht and Cuban officials signed a letter of intent to establish a bio-pharmaceutical joint venture at Mariel. Using Cuban know-how and Brazilian capital, the  joint venture plans to produce monoclonal antibodies for a cancer vaccine. This is the first time a Cuban biotech entity sets up a joint venture with a private company in Cuba. Odebrecht, well-known for construction, agribusiness and petrochemicals, has no track record in pharmaceuticals. However, Emilio Alves Odebrecht, son of company founder Norberto Odebrecht, in 2007 invested several million dollars in Recepta, a Brazilian cancer research company.

Mariel aside, the company announced two other investments in Cuba over the past two years. Odebrecht last year garnered the $200 million overhaul contract for five airports in Cuba, $176 million of which will be financed by BNDES. And in 2012, COI signed a 13-year, $120 million joint production agreement with state holding Azcuba to operate the 5 de Septiembre sugarmill near Cienfuegos, the first such project for a foreign investor in Cuba.

All this did not come without backlash.

For one, there are critics in Brazil, accusing the corporation of ‘going communist’ and using government loans to do so. Brazilian state development bank BNDES financed $802 million of the Mariel project — $682 million of which went to Odebrecht —, and during the opening ceremony, Rousseff announced an additional $290 million loan for more construction at Mariel. The new loan immediately triggered controversy in Brazil when Folha reported that BNDES hadn’t approved the loan yet, and that it was still subject to discussions at the ministerial level.

Rather than government officials, it was Odebrecht that responded forcefully to critical coverage in conservative media outlets, sending a strong signal that the company continues to be committed to Cuba.

“If the port is of great importance to Cuban socialism, it is Brazilian capitalism that has been the biggest winner, so far,” company President Marcelo Odebrecht wrote in a recent op-ed published by the same Folha de São Paulo, adding that conservative critics chose the “wrong battle.”

For Odebrecht, the Cuban engagement triggers more than political pain. In 2012, anti-Castro activists in Miami — furious about Dade County port and airport construction projects granted to Odebrecht, despite its Mariel engagement — successfully prodded the Florida legislature to pass a law that prohibited local governments awarding contracts to companies with links to Cuba. The fury was, in part, due to the fact that the Brazilian company had entered the Florida market in the 1980s with the help of Jorge Mas Canosa, the late founder of the anti-Castro Cuban American National Foundation. Since then the company, embedded with Cuban American builders in Miami, has garnered high-profile contracts in South Florida worth billions of dollars.

Odebrecht decided to sue against the law, and prevailed in appeals court in May, which ruled the Florida law was unconstitutional.

Even so, in January, citing operational concerns the Miami Dade Aviation Department decided to drastically cut back plans at Miami International Airport for a $512 million ‘Airport City,’ which Odebrecht had already secured. Anti-Castro lobbyists applauded.

The going hasn’t been smooth in Cuba either, as other Brazilian companies have taken a wait-and-see attitude towards Mariel. Fanavid SA, a São Paulo-based glass manufacturer, in 2010 announced it would open a plant at Mariel, but has since reportedly put its plans on ice. Bus manufacturer Marcopolo, which was mentioned by a Cuban official as a candidate, told Cuba Standard in December it was not interested.

Also, none of 17 Brazilian sugar and derivatives companies invited by Azcuba to Havana in October, to join Odebrecht in the 5 de Septiembre pilot project, has announced any commitment yet.

All this, according to observers in Cuba, may be a function of investors waiting to see how Cuba’s new foreign investment law, expected to be passed by the National Assembly in late March, and its implementation will shape up.

Even so, Odebrecht is forging ahead.

For one, more Brazilian companies may inject life into Mariel and the Cuban economy. Already, Grupo Souza Cruz, the Brazilian subsidiary of British American Tobacco Corp., and Cuban state firm Tabacuba agreed to study the feasibility of establishing a cigarillo manufacturing plant at Mariel. Also, large Brazilian business delegation will be traveling to the island in late March, probably timed with the moment the new law will be announced. The delegation, organized by Agência Brasileira de Promoção de Exportações e Investimentos (APEX), will include executives from biotech, pharmaceutical, agribusiness and food companies.

Looming on the horizon, the biggest prize for Odebrecht is probably the overhaul of Cuba’s dilapidated water, rail and highway systems. Standing between Odebrecht and that prize is the current bad shape of the Cuban economy and the inability of the Cuban government to make such large investments. But the reforms may be changing that. First in line for tens of billions of dollars worth of contracts would, of course, be Odebrecht.