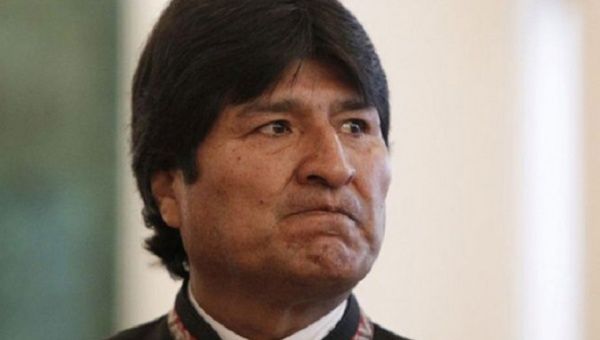 Nov 9 (Telesur) – Bolivian President Evo Morales condemned the United States and the strengthening of its blockade against Cuba in a storm of tweets Thursday.

“USA toughens the criminal blockade against Cuba despite the rejection of 191 countries. Since it could not force the Cuban people to submit politically, it tries to suffocate them economically,” Morales said.

In a prepared statement, the U.S. Treasury Department said it will “expand the list of Cuban government officials barred from transactions as well as set policy to deny exports to prohibited Cuban entities.” The changes will prevent U.S. trade with and travel to the Caribbean island.

Commercial transactions and most travel arrangements made prior to the changes will be permitted by the United States, according to Reuters.

“We have strengthened our policies on Cuba to distance economic activity from Cuban military forces and encourage the government to move towards greater political and economic freedom for the Cuban people,” Treasury Secretary Steven Mnuchin said.

Also on Wednesday, the U.S. State, Commerce and Treasury departments announced the adoption of “coordinated actions” to implement the document signed by Trump on June 16 in Miami, Florida.

The document, which introduced additional obstacles to business between the U.S. and Cuba, banned people from the United States from making transactions with more than 180 entities linked to the Caribbean nation’s Revolutionary Armed Forces, along with its security and intelligence services.

Morales has publicly criticized the U.S. on numerous occasion, calling for an end to the economic, financial, and commercial blockade against Cuba and sanctions against Venezuela.

On Nov. 1, 191 countries voted in favor of a resolution presented by Cuba to demand the lifting of that U.S. blockade at the U.N. General Assembly. Only two countries opposed the resolution of the overwhelming majority: the United States and Israel.