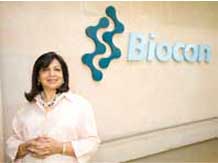 It developed Itolizumab, which it jointly developed with Cuba’s Center of Molecular Immunology for India, China and Cuban markets

Biopharma major Biocon expects to see market opportunity in the US for its psoriasis drug that it developed from its joint venture in Cuba, following the thaw in the US-Cuba relations.

Biocon has global rights for the psoriasis drug, Itolizumab, which it jointly developed with Cuba’s Center of Molecular Immunology (CIM), for India, China and Cuban markets. It ended a joint venture with the commerical arm of CIM, called Cimab SA after it acquired the Cuban share in 2010.

India’s drug regulator approved sales of this product, branded as Alzumab, in India in 2013. Psoriasis, a skin disease, affects over 125 million people globally. On July 20, US restored diplomatic relations with Cuba, ending over five decades of isolation with the cold war rival, but commercial sanctions remain.

“It is a market opportunity (that opens up),” said Kiran Mazumdar Shaw, chairperson and managing director of Biocon told a post results media conference on Friday.

Biocon’s partnership with Cimab SA had resulted in the launch of new drugs to treat head and neck cancer.

“Our biosimilar strategy is playing out well with five programmes in phase 3 clinical development. During the quarter, we successfully licensed biosimilar Trastuzumab in key emerging markets,” added Mazumdar-Shaw.

Meanwhile, she said that the funds from the IPO of Syngene will meet the capital requirements for biologics and biosimilars development.