Benicio del Toro presents his most recent film in Havana 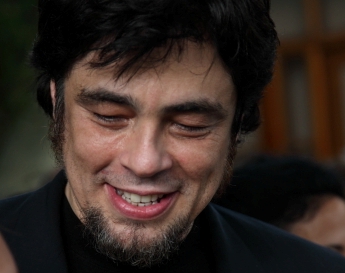 Dec 11 (Radio Rebelde) Puerto Rican actor Benicio del Toro presents his most recent film at the XL International Festival of New Latin American Cinema in Havana, entitled Sicario: Day of the soldado, a sequel to a film of the same name released in 2015.

In the film, the renowned actor once again plays Alejandro, a cold, unconscious character who rehabilitates himself and becomes more human in this second installment.

The plot revolves around the relationship between Alejandro and a girl whom he must kidnap and murder, and the violent events that develop from the protagonist’s refusal to comply with the order.

It is a very physical film, almost a Hollywood western that is not for all audiences but serves to entertain and reflect, said del Toro.

On the cinematographic subgenre of drug trafficking, del Toro said it is a phenomenon similar to that of the gangsters of American films in the 1930s, when the Prohibition, and that it will not be exhausted until the world of drug trafficking comes to an end.

The Puerto Rican actor is currently working on the serial Escape at Dannemora, distributed by the U.S. television network Showtimes and a production of four stories by U.S. director Wess Anderson.

Benicio said that in the short term he plans to make film projects with Cuba, but did not offer more details.

The Puerto Rican interpreter was awarded at the 36th edition of the International Festival of New Latin American Cinema with the Coral of Honor for his long acting career.