‘Be Like Che’: Cuba Observes 50th Anniversary of Revolutionary’s Death

Posted on October 8, 2017 by Anthony Brenner 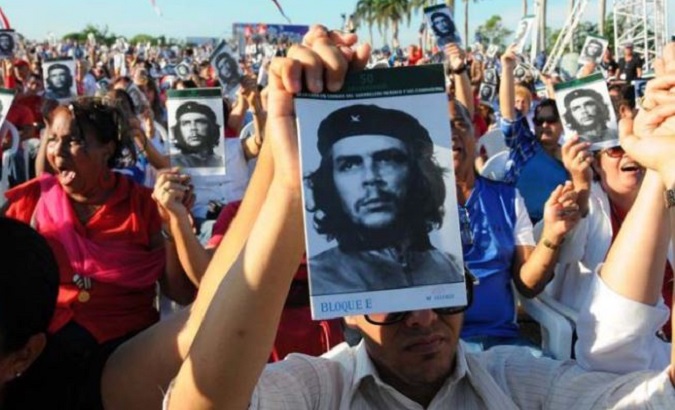 Telesur | Cct 8, 2017Hundreds of thousands of Cuban and international guests poured into in Santa Clara, Cuba to pay homage to the revolutionary leader Ernesto “Che” Guevara, one of the leaders of the Cuban Revolution.

Along with President Raul Castro Ruz, over 600,000 people saw the sun come up before the official ceremonies began at Che’s monument and mausoleum in the town which proudly hosts his memorial.

Outside his burial place, treasured relics, photos and letters to the Argentine hero covered the ground in a display the special place Che’s holds in the hearts of the Cuban people.

The president, along with Vice President Miguel Diaz-Canel paid their respects to the revolutionary in his place of rest.

A recording of the late revolutionary leader Fidel Castro’s tribute to Che from Oct. 18, 1967, was played.