Ask the experts: Travelling to Cuba 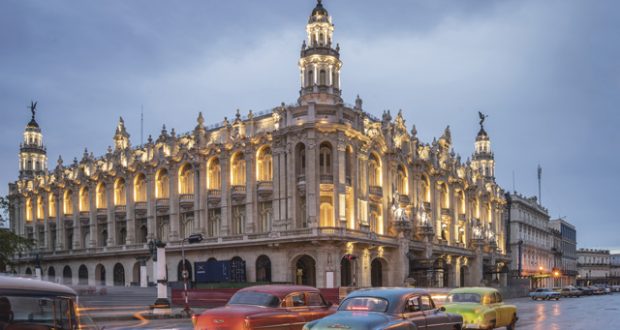 Thinking about a trip to Cuba? Here’s what to expect…

What can I expect if I travel to Cuba this year, in the wake of Castro’s death?

Simon Calder, travel journalist: Ever since I first visited Cuba in the late 1980s, I’ve been fretting about when this vast, beautiful and wayward island might change for the worse. Would it be when Moscow stopped bankrolling the last Communist nation in the West? When mass tourism arrived, with vast resorts planted along pretty stretches of shore? Or when Washington DC finally abandoned its ban on US citizens taking vacations in Cuba?

And since then, with a few rough patches along the way — notably the mid 1990s — the island has become better and better for the traveller. Cities, coasts and countryside seem largely unscathed by the 20th century, while the warmth of the people is as intense as ever.

Cuba has kept all her colour, culture and spirit, yet opened up to the world, and in particular the big neighbour across the Florida Straits. In theory, Americans are still banned from going on holiday in Cuba, but in practice the rules are now so relaxed that many visitors simply tick the box asserting it’s a ‘people-to-people educational trip’.

Access from the UK will be easier than ever, thanks to a new route from Gatwick to the main resort, Varadero, with Virgin Atlantic — in addition to the existing service to Havana. And with dozens of flights now shuttling between the US and Cuba, it’s easier than ever to organise an ‘open jaw’ trip: flying out to Havana, back from Miami is the obvious choice. While there are still restrictions on southbound US-Cuba flights, going north has no restrictions.

Unlike Miami (and the rest of Florida), Havana (and the rest of Cuba) has a severe shortage of hotel beds, many of which have been pre-booked by US travellers. Fortunately, local people are taking the strain, by opening up their homes as casas particulares — private houses for paying guests. These homestays actually predate Airbnb, and provide great value as well as an insight into Cuban life. Booking online isn’t easy: if you were online in 1995… well, internet access on the island is about that bad. But for independent travellers, asking around is a foolproof way to find a bed: someone always has room.

Some of the growling monsters that, even in 1989, looked well past their drive-by date, are still ferrying citizens around as collective taxis. Some stretched Lada saloons are in service, too. But the national fleet of 1955 Oldsmobiles is slowly depleting, in favour of cheap and characterless Hyundais and Skodas. If you intend to drive, that’s no bad thing — but given that Cuba is a long, skinny island (540 miles from Havana to the second city, Santiago), I recommend hopping from one end to another on Via Azul buses and (where they exist and show some sign of life) trains. Then fly back to the capital.

Off the beaten track

Happily, in a country the size of England but with one-fifth of the population, there are plenty of places to escape — even reasonably close to Havana and Varadero. South of the latter, the port of Cardenas is the epitome of graceful decline. Take the meandering highway east from here, and you carve through sleepy villages and endless sugar plantations to the exquisite colonial town of Remedios. And, if you really want to go to extremes, Baracoa — near Cuba’s eastern Land’s End — is where Columbus first landed in 1492. The port was battered by Hurricane Matthew in 2016, but like so much in Cuba has picked itself up, made do and mended.

Published in the March 2017 issue of National Geographic Traveller (UK)