Hart was born June 13, 1930 in Havana, and as a student at the university here, held numerous positions of responsibility in the Federation of University Students and the Orthodox Youth. He graduated with a PhD in Law in 1952 and took a firm position in opposition to the Batista dictatorship, joining the National Revolutionary Movement led by Rafael García Bárcena. When this leader was accused of conspiracy in 1953, Hart defended him in court, asserting the people’s right to rebel. He was imprisoned on several occasions during this period.

He was a founder of the July 26 Movement and part of the original leadership alongside Fidel. He participated in the Santiago de Cuba uprising in November of 1956, working closely with Frank País, was arrested and imprisoned, but escaped to return to underground work in support of the Rebel Army in the Sierra Maestra, and going on to serve as National Coordinator of the July 26 Movement, before being arrested again in 1958. He remained imprisoned until the dictatorship was defeated.

After the triumph of the Revolution, Hart took on important responsibilities and was a member of the Communist Party of Cuba’s Central Committee from its foundation in 1965 until 1991. He was a member of the Council of State from 1976 until 2008 and a deputy to the National Assembly of People’s Power, from its constitution until his death.

As director of the Martí Program Office and president of the José Martí Cultural Society, in recent years, he devoted his efforts to disseminating the life and work of Cuba’s national hero.

His extensive intellectual work, deeply rooted in the ideas of Martí and Fidel, is considered among the best of Cuban revolutionary thought.

Hart was known for his modesty; his absolute loyalty to Fidel and Raúl; his consistent defense of unity among revolutionaries; and his lifelong devotion to whatever work the Revolution required of him.

The public may pay its respects at the Center for Martí Studies, at Cazada and 4th Street, where his body will remain until 10am today. Subsequently, in accordance with the family’s wishes, he will be cremated. 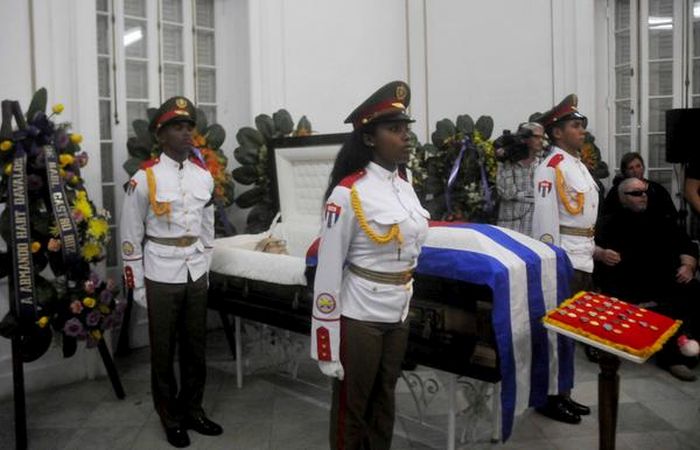