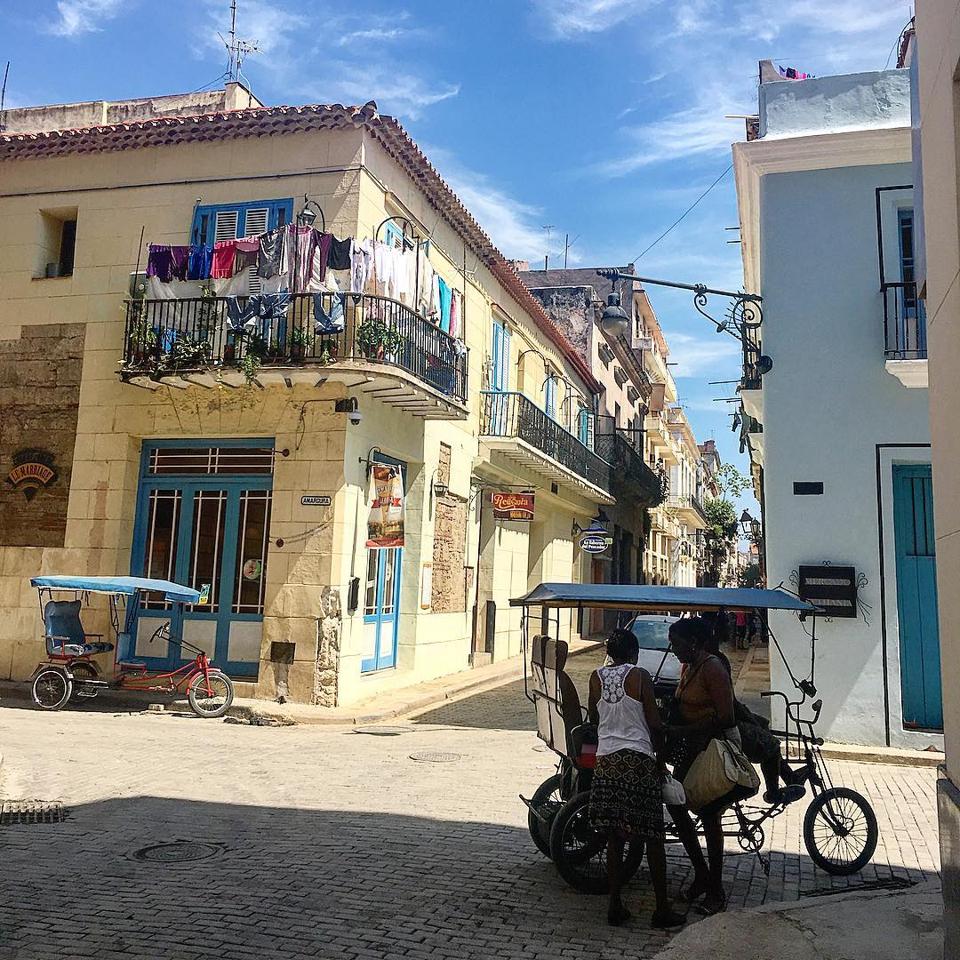 Carmen Santamarina, an American-born Cuban, runs People2People Tours, a boutique tourism agency in Cuba. I recently spent some time with her talking about how American tourism was good for business in Cuba. Because this interview was conducted before President Trump announced he would be reinstating some of the pre-Obama travel restrictions to Cuba, it highlights the negative impact the new restrictions will likely have on the country’s tourism sector and local businesses in Havana.

Tell us a bit about what you do and how you got into this?

I was born in the US to Cuban parents. I came to Cuba for the first time in 1993 to do a photo shoot for a German fashion catalog. I fell in love with the country and kept coming back. I became very involved in the arts. I did ten photo productions in Havana, and in 2010, I was approached by a company that was bringing tour groups to Cuba. And I was asked to put together a cultural tour. I escorted my first group in 2010.

In 2015, I opened my own company, and I mostly do high-end concierge travel – so one-on-one tours. I only work by referral. I don’t have a website. It’s only referrals and word of mouth. I try and not take more than ten or fifteen in a group at the same time. I interview clients and create an itinerary based on what they want to do: music, or dance, or the arts.

A few people have been talking about the food here in Cuba. More specifically, the idea that Cuba simply isn’t equipped to provide food en masse to all the tourists flooding into the country. Does this ring true?

Right now it’s a bit better. A lot of the private restaurant owners have their own firms, their own fishermen, and can provide for their businesses. However, most Cuban restaurants shop for produce at a regular grocery store. Where everyone else goes. There’s no wholesale business here, just for restaurants like we have in the US. Most of the restaurants in the mornings they send out two or three people to different farmer’s markets. It’s really like a scavenger hunt. It’s difficult to do because you can’t always find what you need.

Is it becoming a problem in regards to more and more tourists coming here? Is it straining the already weak resources?

Yes. It’s a big problem. The biggest problem we have right now are the cruise ships coming to Cuba. Every day of the week except Tuesdays and Thursdays, we have one or two cruise ships in Havana. Even though they give them food onboard, everyone wants to get off and go out to dinner. In the old city, in Havana, you go to the bars and half the time they don’t even have enough beers to go around. They don’t have water, they run out. There are hundreds of people on these boats that swarm out into the city and they run out of supplies.

This is going to remain a problem unless the Cuban government opens these specialty stores just for restaurant owners. But I don’t think they’re ready to do something like that. They hardly have enough for their own people. I mean, you go to the store right now and you won’t find eggs. There’s no cheese.

If someone wants to do a foodie tour of Havana, where would you take them?

I prefer not to take people to restaurants run by the government, because again, government-run restaurants have to buy from the government and they’re so scarce in what they can have, as opposed to private restaurants that want to make it happen because it’s their own business. They’ll go out and hustle and bustle until they find, arugula, for example, and they have their own gardens sometimes.

I have a friend who has his own restaurant in Havana and he bought a piece of land on the outskirts of the city and has his own garden, with his own people running, and he produces produce for his restaurant there. So that’s the kind of place I’m likely to take a group – because I know it’s consistent and fresh.

Consistency is a huge problem. Today you can go to a restaurant in Cuba and order three things off the menu, and they don’t have it. It’s on the menu, but they can’t change their menu every day. The smart ones are doing farm-to-table, and they’ll change their menu every day. But that’s typical in Cuba yet. In the US it’s modern and hip to do that but here it’s not really happening yet.

Is the foodie culture growing here?

I’m a foodie and I was raised in the US and I know what we’re used to. Cubans, of course, don’t go out to restaurants because they can’t afford to. They don’t know what a good steak is because they’ve never had steak.

The average salary in Cuba is around $30/month. So if you go to a restaurant and spend $12, that’s half your salary. The ones that do go are probably the younger people who work in the tourism industry who make tips. These restaurants are all really catering to tourists.

And they’re not all that new. Some of these have been around for five, six years. We’ve always tourism here in the Cuba. We’ve always had Canadian tourism, we’ve always had Italians, Spanish. But let’s be realistic: it’s really the Americans that spend the most money. The majority of tourists who come from places like Canada or Europe will be picked up at the airport and taken to all-inclusive hotels, they’ll lay on the beach for a week reading a book, then they’ll go back to the airport. Americans are the ones who are coming, going out to the restaurants, mingling with the people, they want to experience.

They’re the ones out there exploring.

I think it’s going to change drastically. Yesterday, I was driving through the old city and I saw at least six new restaurants that will be opening soon. So that tells you something – there is a market. They’re all busy, and they’re catering to us – Americans.

This interview was made possible with the help of Universal Pictures Home Entertainment and The Fate of the Furious. The film is out now on digital HD and will be available on DVD, Blu-Ray, and on-demand on July 11.